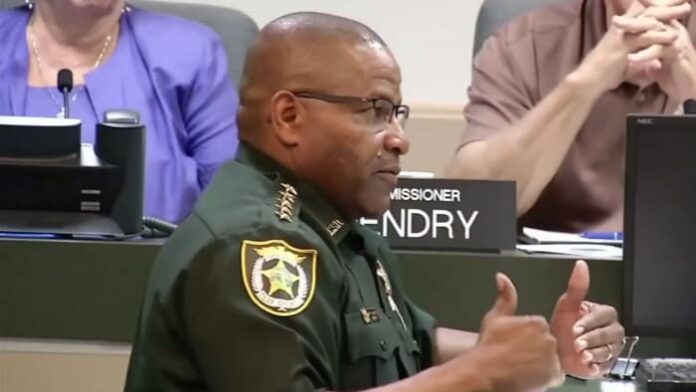 The trial of former Clay County Sheriff Darryl Daniels has been postponed again.

Daniels is charged with tampering with evidence and five counts of providing false information to law enforcement.

The trial was initially set to begin Dec. 13, 2021. It was pushed back until February and then it was delayed again until May 16. But on Tuesday morning, Daniels’ lawyers and the special prosecutor agreed to push the trial back to Sept. 12.

State Attorney Melissa Nelson recused her office because of a conflict of interest, so the Fifth Circuit Attorney’s Office in St. Johns County is handling the case. The trial will be held in St. Johns County, as all Clay County judges also recused themselves from the case.

Daniels was arrested in August 2020 after an investigation was launched into an affair between Daniels and a woman named Cierra Smith, who was a corrections officer at the Jacksonville Sheriff’s Office when Daniels was the JSO director of the jail.

According to the investigation, Daniels and Smith were in a relationship while they worked at JSO, where Daniels was Smith’s boss. The affair continued after Daniels was elected sheriff of Clay County.

Smith told News4JAX that Daniels abused his power while at JSO and when he was elected as Clay County sheriff in 2016, with Daniels ordering his deputies to take Smith into custody during a confrontation between Smith and his wife.

“We’re adults. We both have to own up to it, so pushing it on one person or toward someone else isn’t how we’ll get this resolved at this point,” Smith said in a previous interview.

When JSO’s internal investigation was about to be released, Daniels and Smith admitted to their affair. Daniels is accused of ordering one of his deputies to illegally arrest Smith for stalking him in 2019 after he told his wife the affair was over. Investigators said Daniels lied to them about the actions he took when the affair became public and had his phone scrubbed of incriminating communications.

News4JAX got a copy of a deposition Smith recorded last year. Notably, the witness’ name was redacted. News4JAX was there as Smith walked into the office.