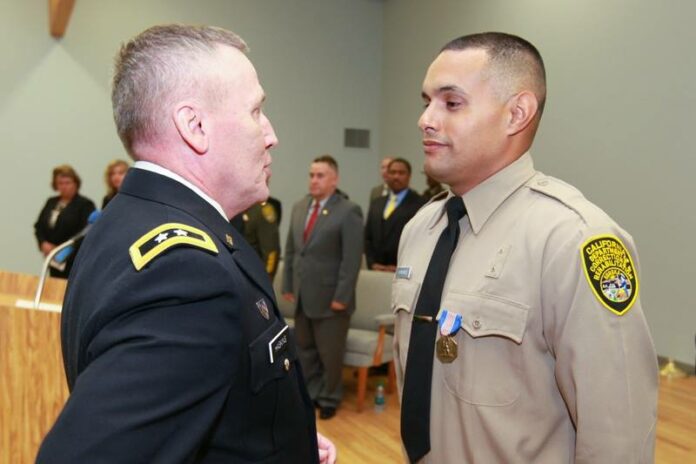 A federal judge sentenced Arturo Pacheco, a former California Department of Corrections and Rehabilitation officer, to more than 12 years in prison for a 2016 assault that led to the death of a man incarcerated at California State Prison, Sacramento.

Pacheco pled guilty in July to violating the civil rights of Ronnie Price, 65, at the prison facility known as New Folsom. While escorting a handcuffed Price, Pacheco swept the legs out from under him, sending Price crashing headfirst into the concrete floor, breaking his jaw. Price, who was Black, died two days later. Pacheco attempted to cover up the incident, according to a CDCR investigation.’Even though Ronnie may have been a felon and was incarcerated, we never would have imagined that a peace officer who is ordered to monitor and protect would be the cause of Ronnie’s death.’Tavis Tucker, nephew of Ronnie Price

“When we send someone to prison, we need to know that this kind of thing isn’t going to happen,” Shubb said.

Pacheco, 40, appeared in a crisp, blue dress shirt and slate-colored slacks. His supporters filled the courtroom seats behind him.

Price’s sister and his nephew, Tavis Tucker, who traveled from Los Angeles for the sentencing, sat in the front row. Tucker read a victim’s statement about his uncle’s death, which he addressed directly to Pacheco throughout.

“My mom and I cried heavily before we started to write this,” he said. “We had to come to the sense and reality that Ronnie would not be coming home from prison.”

Tucker said Price had “a calm demeanor,” liked hard candies and loved listening to the R&B band Sade. Tucker also said CDCR never told his family how Price died. Hearing about the brutal way his uncle died after six years was a shock.

“Even though Ronnie may have been a felon and was incarcerated, we never would have imagined that a peace officer who is ordered to monitor and protect would be the cause of Ronnie’s death,” he said.

Tucker described the family’s loss as “an empty space that lays on the heart,” but he also told Pacheco the family forgave him. The former officer nodded in acknowledgement.