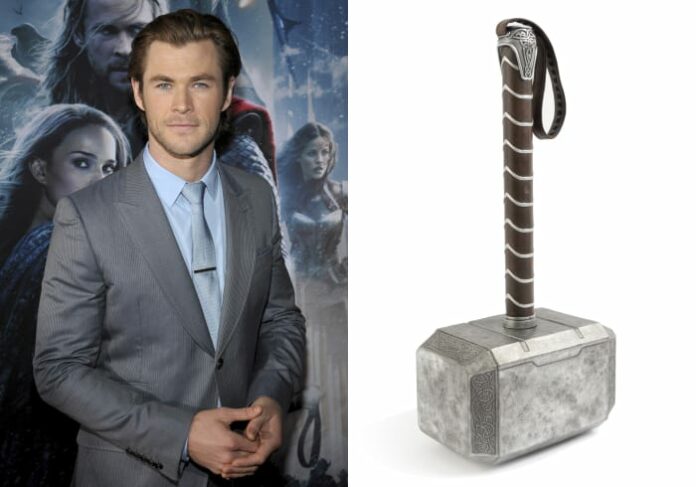 It may not be that Marilyn Monroe dress, but several gowns she donned for “Gentlemen Prefer Blondes” and “There’s No Business Like Show Business” are going up for auction this summer along with 1,400 other pieces of Hollywood history.

Over three days in July, Turner Classic Movies and Julien’s Auctions are teaming up to auction off items like Captain America’s shield from “Captain America: The First Avenger,” a two-piece Givenchy ensemble worn by Audrey Hepburn as Holly Golightly in “Breakfast at Tiffany’s” and Jules Winnfield’s “bad mother (expletive)” wallet from “Pulp Fiction,” the organizations said Tuesday.

One of the six original Sandtrooper helmets from “Star Wars: A New Hope” is among the items being auctioned off. The helmet was used during the Tunisia shoot and later restored by Star Wars expert Gino Sabatino. A variety of props used in the Harry Potter films, like Draco Malfoy’s “Nimbus 2001” broomstick and Voldemort’s Elder Wand, are also up for bidding, as is the hammer used by Chris Hemsworth in “Thor: The Dark World.”

There will be special collections from the estates of James Garner, Robert Stack and Doris Day, as well as legendary editor Anne V. Coates’ marked scripts, including a never-before-seen glimpse into her Oscar-winning decision-making on David Lean’s “Lawrence of Arabia.” Other Coates items include her lined scripts for “The Elephant Man” and “Out of Sight.”

“Our fans crave a tangible connection to their passion and now they can satisfy that desire with these iconic costumes and unique memorabilia from the movies we air on TCM,” said TCM’s general manager Pola Changnon.

One of the biggest ticket items is a yacht once owned by JP Getty that was used in the exterior scenes of the film “Pal Joey,” starring Frank Sinatra, Rita Hayworth and Kim Novak. There are also costume jewelry options worn by Monroe, Hayworth, Judy Garland, Olivia de Havilland and Barbara Stanwyck from Joseff of Hollywood.

“Today marks an exciting milestone for Julien’s Auctions as our new collaboration with TCM will bring our world class collection of important Hollywood artifacts and our premium auctions to new heights and build on our reputation as the leading auction house to the stars,” said Martin Nolan, Executive Director of Julien’s Auctions.

The auction will run July 15 through July 17 at Julien’s Actions in Beverly Hills and online at https://juliensauctions.com.