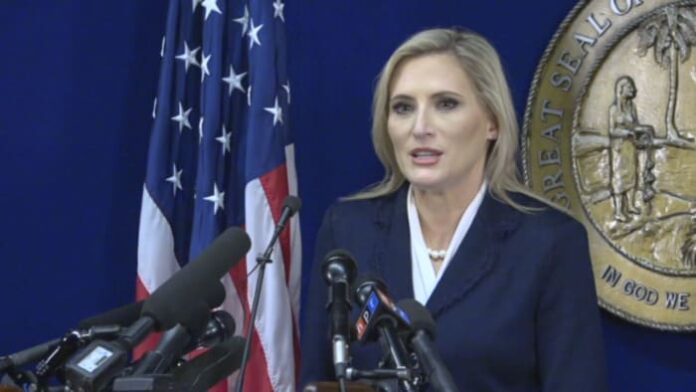 Laurel Lee submitted her resignation to Gov. Ron DeSantis Thursday, according to the governor’s spokesperson. The resignation is effective Monday, May 16.

Lee’s resignation does not specifically say why she is resigning.

“I will continue to seek what’s best for the citizens of Florida and will always be proud of what we accomplished together,” she wrote.

Before then, Lee was appointed circuit court judge by former Gov. Rick Scott in 2013, serving in Hillsborough County.

The Florida Secretary of State’s biggest job is overseeing the Division of Elections, including candidate filings and vote tabulations. DeSantis will now have to appoint someone to take on the job, one month before candidate qualifying and with the August primaries just a few months away.

The Florida State Department also handles the division of corporations, library and information services, and the Florida Division of Arts and Culture.

“Together, we protected and grew Florida’s competitive business climate, preserved Florida’s incredible historical resources, supported Florida’s arts and culture community, and strengthened Florida’s election systems. Because of your leadership, the Department of State is stronger and better than when we found it,” Lee wrote in her resignation letter.