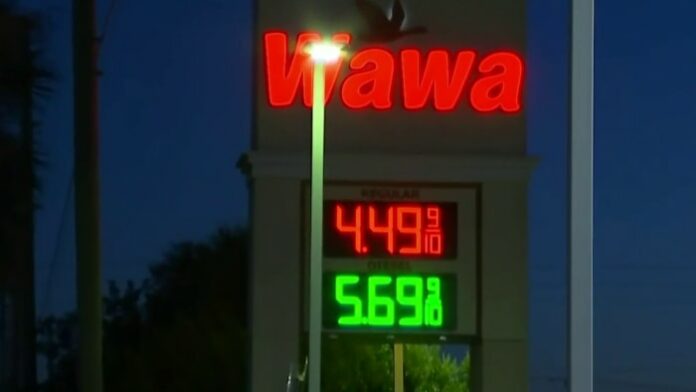 ORLANDO, Fla. – AAA on Thursday calculated the average cost of a gallon of regular gas in Florida and the U.S. had risen to $4.398 and $4.418 respectively, marking a new record high in both metrics.

Florida’s new record — just below what the average cost of gas was considered to be nationwide on Wednesday — was the result of an almost eight-cent overnight jump and tops the old record set in March by about two cents.

AAA Spokesman Mark Jenkins said on Monday that higher prices at the pump were expected around this time after noteworthy gains in oil and gasoline futures last week,

“Oil prices rose last week after the European Union announced plans to phase out imports of Russian oil by the end of the year. And yet, the oil price gains paled in comparison to what happened with gasoline. Gasoline futures soared to a new record high last week,” Jenkins said. “The increase is attributed to a combination of factors, including steady weekly declines in gasoline supplies and expectations that summer fuel demand will far outpace what we saw last year.”

April’s year-over-year inflation was reported to be 8.3% following a rise in prices of 0.3% from between then and March, the smallest rise in eight months. Still, the Wednesday report from the Bureau of Labor Statistics shows that spiking costs for things such as airline tickets, travel accommodation and new cars caused core prices to rise twice as fast from March to April as they did in the month prior, seen as a sign that the nation’s 40-year high inflation will achieve some level of permanence.