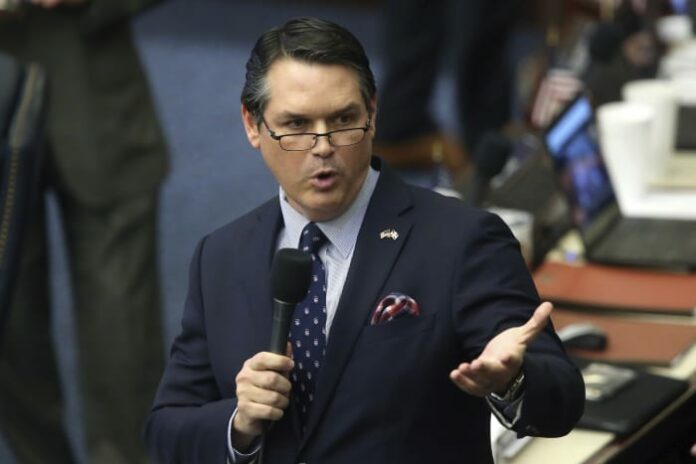 TALLAHASSEE, Fla. – Florida Gov. Ron DeSantis is appointing Rep. Cord Byrd as the next Secretary of State, following the resignation announcement by the prior secretary earlier this week.

The governor’s office announced the appointment Friday calling Byrd, who is a Jacksonville attorney, a “staunch advocate for election security, public integrity, the fight against big tech censorship and the de-platforming of political candidates.”

“Cord Byrd has been an ally of freedom and democracy in the Florida Legislature, and I am confident he will carry that mission forward as Secretary of State,” said DeSantis in a statement. “I look forward to his successes ensuring Florida’s elections remain safe, secure and well-administered.”

Byrd has served six years on the Public Integrity and Elections Committee for the state, including two years as vice-chair for the committee.

During his time as a state representative, Byrd sponsored a variety of legislation, including a pro-law enforcement bill in 2021, legislation to improve Florida’s cybersecurity and a bill establishing a Parents’ Bill of Rights.

“Under the leadership of Governor DeSantis, Florida has led the way on election security and preserving freedom for its residents,” Byrd said in a statement. “As Secretary of State, I will make sure Florida continues to have secure elections and that we protect the freedom of our citizens in the face of big-tech censorship and ever-growing cybersecurity threats.”

Laurel Lee, the previous secretary of state, will effectively resign Monday, May 16. She has not specifically stated the reason behind her decision.

The Florida Secretary of State is responsible for overseeing the Division of Elections, including candidate filings and vote tabulations. Byrd’s appointment comes just months before the state primary elections in August.