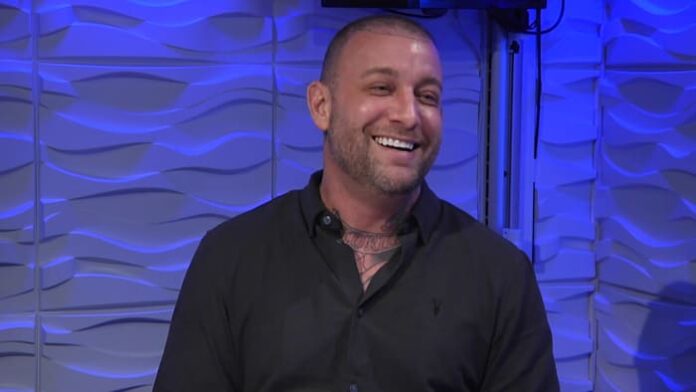 ORLANDO, Fla. – A past girlfriend first introduced Shaun Noonan to the idea of switching to a vegan diet, but it’s a lifestyle that has come to define his work.

“That (relationship) was young in my teens, so I had never really formed that classic negative opinion of vegetarianism,” Noonan recalled. “I grew up playing ice hockey and martial arts and things like that — and I was also eating vegetables. So I never really got that classic masculine thing that vegetables equal weakness or anything like that.”

[ADD YOUR BUSINESS TO THE FLORIDA FOODIE DIRECTORY]

“One-hundred percent plant-based and Southern cuisine was the most ridiculous thing that I could tackle,” Noonan said. “Plant-based foods at the time — everyone was trying to sell you these like, carrot sticks and hummus dip and convincing you that these collard wraps were food, and I’m like, ‘Man, come on. No one has to eat that garbage.’”

Noonan wanted to bring people vegan food that hit all the high notes of cuisine — sweet, savory, salty, spicy and umami. He points out that many dishes commonly associated with Southern food are already vegan at their core.

“A lot of it’s accidentally vegan in the first place, like mashed potatoes are mashed potatoes until you pour cheese and milk into it,” Noonan said. “You know, that’s just something that the dairy industry forced us to do. Fifty years ago, we all were told that if we didn’t consume dairy, somehow our bones were going to liquefy or we weren’t going to grow up properly or some nonsense like that.”

Check out the Florida Foodie podcast. You can find every episode in the media player below:

Noonan said he also naturally gravitated toward Southern cuisine for it “heartiness.” The chef lived around the world and the country through his work in the culinary world and even before that as a self-described “Army brat,” including stints in Central Florida.

“I was raised mostly in an Italian household and so and I love Italian cuisine. I just thought that Southern cuisine was gaining such a reputation of being meat-focused that I wanted to be a disruptor brand,” he said.

Ultimately, Noonan said he does not expect to turn the masses into vegans. He also said he doesn’t want to shame people for eating and enjoying meat.

His real goal is to make vegan food a part of the conversation.

“I just want it to be part of that dialogue, where it’s like, ‘Man, I haven’t had good vegan food in like two weeks, let’s go get vegan,’” he said.

As he looks to expand that dialogue, Noonan recently secured funding to expand Dharma’s footprint across Florida. Noonan hopes to have three new locations open up by the end of 2022.

On the latest episode of Florida Foodie, Noonan talks about his expansion plans and his goal of franchising Dharma. He also shares his love of Bulgarian cuisine and why he is encouraged by fast-food chains adding plant-based options to their menu.

Florida Foodie is a bi-weekly podcast from WKMG and Graham Media that takes a closer look at what we eat, how we eat it and the impact that has on us here in Florida and for everyone, everywhere. Find new episodes on Apple Podcasts, Spotify or wherever you download your favorite podcasts.