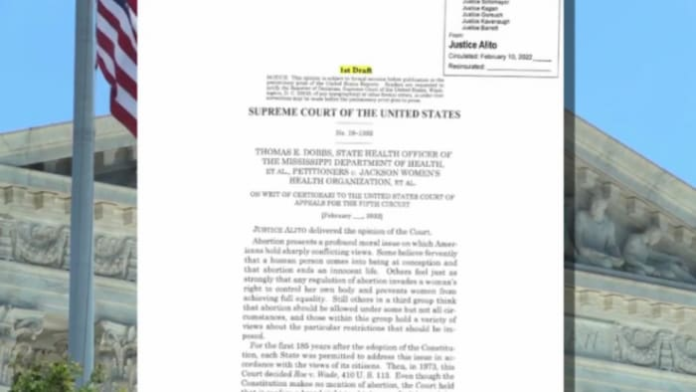 ORLANDO, Fla. – Orlando Rep. Anna Eskamani said she’s not surprised after the draft opinion, leaked to and reported by Politico, shows a majority of the Supreme Court in favor of overturning Roe v. Wade.

Eskamani, along with other Democratic lawmakers, called the leak a “wakeup call” for Americans.

If the draft holds, states could regulate their own abortion laws or ban abortion completely.

In April, Gov. Ron DeSantis signed a bill that bans almost all abortions in Florida after 15 weeks of pregnancy.

“HB5 implementation date is July 1, so we would see a lawsuit be filed probably in the next few weeks,” Eskamani said.

“The next time you hear the far left preaching about how they are fighting to preserve our Republic’s institutions & norms remember how they leaked a Supreme Court opinion in an attempt to intimidate the justices on abortion.”

“The Supreme Court’s confidential deliberation process is sacred & protects it from political interference. This breach shows that radical Democrats are working even harder to intimidate & undermine the Court. It was always their plan. The justices cannot be swayed by this attack.”

Planned Parenthood of Southwest and Central Florida is set to hold a rally for abortion rights outside of Orlando City Hall on Tuesday at 5 p.m.