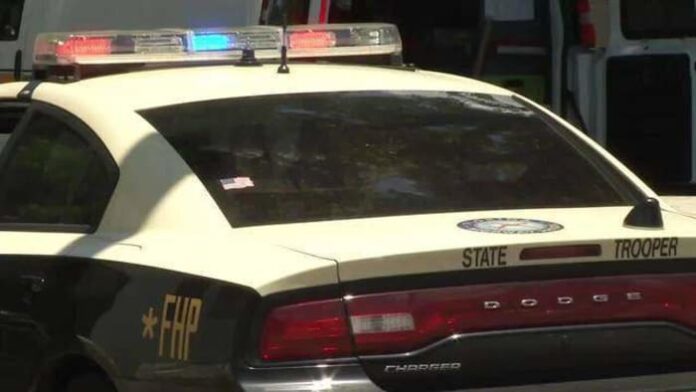 VOLUSIA COUNTY, Fla. – A single-vehicle crash on State Road 415 in Volusia County stopped traffic in both directions Sunday as troopers investigated, according to the Florida Highway Patrol.

The crash happened at 10:21 a.m. near Osceola Tram Road, troopers said. Witnesses alleged that a car — driven by a 45-year-old man from Buford, Georgia — was headed northbound on S.R. 415 and merging in and out of southbound lanes to pass traffic.

During an attempt at this, the man was confronted with oncoming traffic in the southbound lane and overcorrect to the right, his car beginning to overturn, according to a crash report.

The car collided with a tree before coming to rest overturned, and its driver was pronounced dead at the scene, the report said.

Both lanes of S.R. 415 in the area were blocked for the investigation, which troopers said was ongoing at the time of this report.

No other details were disclosed.