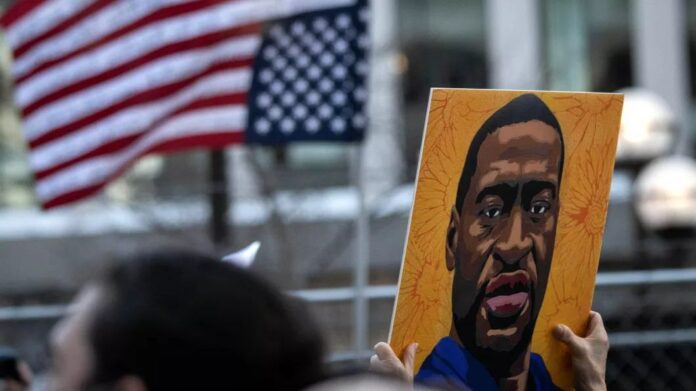 A former Minneapolis police officer has been charged in the beating of a man during protests that erupted following George Floyd’s killing.

According to HuffPost, Attorney General Keith Ellison charged ex-cop Justin Stetson with one felony count of third-degree assault in connection with the 2020 beating of protester Jaleel Stallings.

Stetson was enforcing a city-wide curfew with a group of officers on May 30, 2020, when he spotted Stallings and three others in a parking lot, per the criminal complaint. The officers fired rubber bullets at the group, with one hitting Stallings in the chest.

Stallings then shot at the officers’ unmarked van, but no injuries were sustained. He argued that the shots were self-defense as he thought a civilian had attacked him. In September 2021, Stallings was acquitted of second-degree attempted murder in connection to shooting the unmarked van.

Officers proceeded to rush the group in the parking lot. As Stallings realized police were approaching, he dropped his gun and lay on the ground.

According to the criminal complaint, Stetson kicked Stallings in the face and head, punched him multiple times, and slammed his head into the ground. Stetson continued to hit Stallings even after he complied with the former officer’s commands to put his hands behind his back.

The beating ended after another sergeant told Stetson to stop. Stallings sustained a fracture of his eye bone following the beating.

Ian Adams, a former officer turned criminology professor at the University of South Carolina, concluded that Stetson’s use of force was unreasonable, excessive, and “violated the most basic norms of policing,” the complaint cites. The complaint also notes that Stetson, a Minneapolis police officer since at least 2011, had about 1,200 hours of training under his belt, which included extensive teachings on how to de-escalate situations.

If convicted, Stetson could face up to five years in prison.