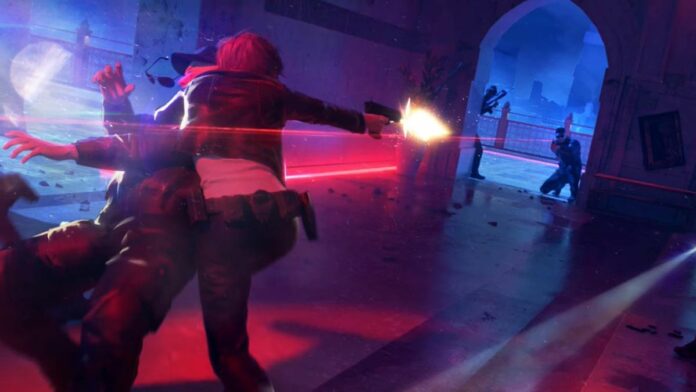 You’ve likely seen this morning’s news that Embracer Group has made a major acquisition from Square Enix. As part of a £240 million ($300 million USD) deal, Embracer is set to acquire Crystal Dynamics, who’s currently working with The Initiative on Perfect Dark.

Thankfully, this acquisition doesn’t look set to change that. While Embracer Group didn’t touch upon this in its press release – and Crystal Dynamics only referred to the news as “a new chapter in our story” – the Microsoft-owned studio directly addressed this in a Twitter post soon after.

Telling followers that it’s “excited to see Crystal Dynamics take these next steps with their studio,” The Initiative quickly assured Perfect Dark fans that they’ll continue working on this game as co-development partners.

This partnership was first announced back in September 2021, when The Initiative confirmed “The teams couldn’t pass up a chance to work together. We’re still early in development, but incredibly excited to use this unique opportunity to deliver on the vision for Perfect Dark!”

We’re excited to see Crystal Dynamics take these next steps with their studio. Our teams have made great progress in building Perfect Dark together as co-development partners, and we will be continuing this work with them in their next chapter. https://t.co/9gG2VGUV8uMay 2, 2022

However, since development began, The Initiative has seen a large number of senior departures. As reported by VGC, half of Perfect Dark’s core development team had reportedly quit in the last year, including game director Dan Neuburger, design director Drew Murray, and lead level designer Chris O’Neill. That’s reportedly left The Initiative with just under 50 staff members.

With this in mind, it’s believed that Crystal Dynamics has taken on a leading role in developing the Perfect Dark reboot, so news that development isn’t about to take another hit is reassuring.

Right now, that leaves Crystal Dynamics working on three major games that we currently know about. Alongside Perfect Dark, Crystal Dynamics has continued providing post-launch support for Marvel’s Avengers. However, as reported by Forbes last month, there’s currently significant doubt over what’s happening with it’s 2022 roadmap, which could be related to this acquisition.

It’s a welcome return to the series for the team, who most recently handled Tomb Raider (2013), Lara Croft and the Temple of Orisis, and Rise of the Tomb Raider. As for the last entry, Shadow of the Tomb Raider, this was instead developed by Eidos-Montréal, who’ve also been acquired by Embracer Group alongside Square Enix Montréal.

Notably, this acquisition also means Embracer owns the IP rights to another Crystal Dynamics series, Legacy of Kain, and “more than 50 back-catalogue games from Square Enix Holdings.” Embracer and Square Enix hasn’t specified which games those relate to yet, but there’s every chance we could see further classic franchises return.