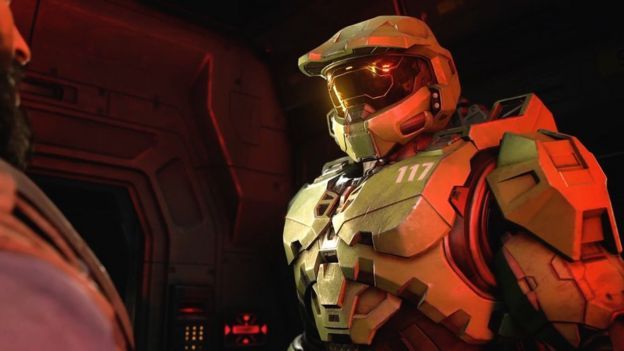 Halo Infinite’s recently revealed content roadmap has received a mixed reception from fans, but it seems even developer 343 Industries isn’t entirely satisfied with the update schedule.

Speaking in a recent Halo Infinite livestream, 343’s head of creative content Joseph Staten responded to concerns that the multiplayer shooter’s delayed second season of content will run for six months, leaving many players waiting for longer than they’d hoped for Season 3. On top of that, several other much-anticipated features, including campaign co-op and Forge mode, are yet to appear or receive definitive release dates.

Staten candidly suggested that Halo Infinite’s development team is just as disappointed with the slow rollout of new content as players, but must address more pressing issues with the game before it can release more regular seasons (thanks, PureXbox).

“One thing to make really clear, none of us inside of 343 look at this roadmap and are happy with it,” said Staten.

“All of us want to be doing things faster to deliver more content. We still have this desire to get into a healthy rhythm where we can ship a season every three months, so for us internally it was painful, frankly, to communicate this roadmap with a season that was going to run for another six months.

“But the reason why we’re doing that is exactly what we talked about before – we have to prioritize going after quality-of-life issues that are impacting the game right now, like today when you fire up the game. That’s our number one priority.

Staten said the team is working on additional seasonal content but must first iron out Halo Infinite’s existing technical issues through targeted improvements.

“That’s really how we’re organizing ourselves to go after that work and why we’re extending the season now,” he said.

“But, again, to underline this: none of us looks at that and says, ‘Great, six-month seasons are awesome’. They’re not; they’re really not. And we need to get ourselves in a position where we can deliver more frequently, and we’re working on that, too.”

A lot of pressure

Halo Infinite has faced a dearth of new content since it released last November. With its second multiplayer season repeatedly delayed, fans have been left playing the same limited number of maps and modes for months, prompting many to leave the game entirely. Campaign co-op and the Forge level editor – features that were advertised before Infinite even released – are also yet to appear, souring the community’s patience further.

In a blog post published in April, 343 Industries acknowledged the disappointing delays but explained it had slowed the rollout of new content to prioritize its team’s health. It said it wanted to establish a “sustainable development rhythm so that we can deliver great experiences to all of you while maintaining a healthy work/life balance.”

“We know we need to deliver more content and more features more quickly,” the blog post read. “Staying true to priority zero means that sometimes we need to slow down in order to stay healthy and move faster later. But we’re also aggressively looking at ways to accelerate.”

That aligns with Staten’s comments above. Although the team would like to pump out multiplayer seasons more frequently, the demands of game development and unanticipated health problems mean even the best-laid plans don’t always work out.

Fans will have something new to play with soon, however. Halo Infinite Season 2 launches on May 3 and will introduce a bunch of new maps and game modes. But the pressure is on. The update will be something of an acid test for the multiplayer shooter, proving whether players are still interested in the game that they’ll return in droves, or whether they’ve lost interest entirely.