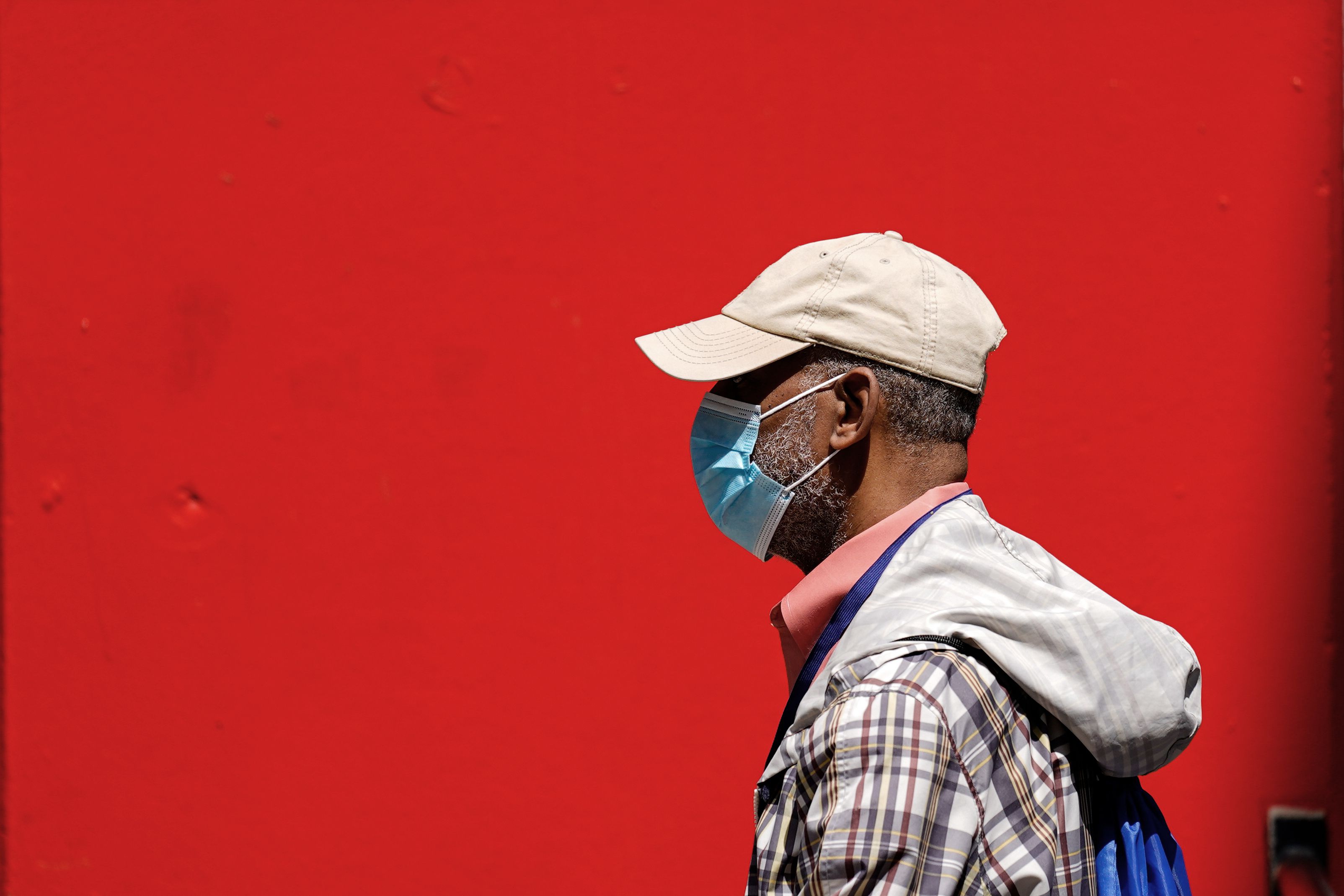 NEW YORK – An increase in COVID-19 infections around the U.S. has sent more cities into new high-risk categories that are supposed to trigger indoor mask wearing, but much of the country is stopping short of bringing back restrictions amid deep pandemic fatigue.

For weeks, much of upstate New York has been in the high-alert orange zone, a Centers for Disease Control and Prevention designation that reflects serious community spread. The CDC urges people to mask up in indoor public places, including schools, regardless of vaccination status. But few, if any, local jurisdictions in the region brought back a mask requirement despite rising case counts.

In New York City, cases are again rising and this week crossed the city’s threshold for “medium risk,” indicating the widening spread of the subvariant knowns as BA.2 that has swept the state’s northern reaches. But there appears to be little appetite from Mayor Eric Adams to do an about face just a few months after allowing residents to shed masks and put away vaccination cards that were once required to enter restaurants and concert halls. Adams has said the city could pivot and reimpose mandates but has stressed that he wants to keep the city open.

“I don’t anticipate many places, if any, going back to mask mandates unless we see overflowing hospitals — that’s what would drive mask mandates,” said Professor David Larsen, a public health expert at Syracuse University in upstate New York, whose own county is currently an orange zone.

“People are still dying, but not in the same numbers,” he said.

Nationally, hospitalizations are up slightly but still as low as any point in the pandemic. Deaths have steadily decreased in the last three months to nearly the lowest numbers.

The muted response reflects the exhaustion of the country after two years of restrictions and the new challenges that health leaders are facing at this phase of the pandemic.

An abundance of at-home virus test kits has led to a steep undercount of COVID-19 cases that were once an important benchmark. Researchers estimate that more than 60% of the country was infected with the virus during the omicron surge, bringing high levels of protection on top of the tens of millions of vaccinations. Hospitalizations have increased but only slightly.

“If a mask mandate were reinstated right this minute, I don’t think it’d be very successful,” said Jim Kearns, a videographer at the State University of New York in Oswego, another upstate New York community in the CDC’s orange zone.

“I think a lot of people are just over it,” he said. “If I saw death rates and hospitalizations going up in crazy numbers, and if I felt that there was a danger to me and my family, I would put it on in a heartbeat. But it has been a long two years.”

In Boston, even as COVID-19 cases began to tick up again, there’s been little drive to reimpose the indoor mask mandate city officials largely lifted two months ago. Boston still requires masks in schools and on school buses. A statewide mask mandate was lifted for schools at the end of February.

The city is now focused on what Boston Mayor Michelle Wu has described as recovery efforts, including attracting workers and visitors back to the city’s downtown. Health officials continue to urge caution. During April’s running of the Boston Marathon, which drew tens of thousands of competitors, race organizers and city officials recommended runners take steps to stop the spread of the virus by getting vaccinated, tested for COVID-19 and not accepting water from spectators.

In Maine, there have been few efforts to reinstate COVID-19 precautions, even after Democratic Gov. Janet Mills tested positive for COVID-19 at the end of April. The 74-year-old, who had received a second booster, said she believes that’s “one of the reasons why I am still feeling well” and encouraged others to get vaccinated.

One of the most jarring reactions came in Philadelphia, which last month abandoned its indoor mask mandate just days after becoming the first U.S. metropolis to reimpose compulsory masking in response to an increase in COVID-19 cases and hospitalizations.

City officials, who had said they wanted to head off a new wave of infections, abruptly backtracked after what they said was an unexpected drop in the number of people in the hospital and a leveling-off of new infections. The turnabout came amid rising opposition to the reinstatement, but city officials said the decision was about data, not politics.

Inaction by cities comes after a federal judge in Florida last month struck down a national mask mandate for travelers on planes, trains and buses. The CDC still urges people to wear face coverings but the Transportation Security Administration said it would stop enforcing mask mandates at airports and on flights, even as the White House said it would appeal the ruling.

In March, Vermont’s largest city, Burlington, ended its indoor mask mandate following a drop in COVID-19 cases. Burlington was one of more than two dozen Vermont communities that required masking after the Legislature in November gave towns and cities the authority to do that. Even as the masks came off, COVID made a return in the state.

Half of Vermont’s 14 counties have now been rated as having high community levels of COVID-19, according to the CDC. The rankings are based on a handful of factors, including new hospital admissions for the virus.

Chicago’s infection rate is also rising, even though like in most places hospitalizations and deaths remain low.

But the increasing number of infections caused enough concern that the school district sent a letter to parents alerting them to the possibility that with the rise, Cook County, which includes Chicago, “may be moving from ‘low risk’ to a ‘moderate risk’ category in the coming days.”

The letter did not say if the school district could again require students and staffers to wear masks or return to remote learning.