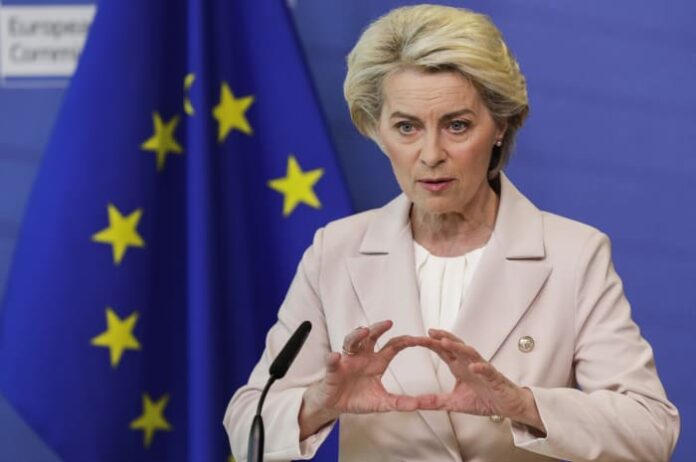 BRUSSELS – The European Union’s leader on Wednesday called on the 27-nation bloc to ban oil imports from Russia in a sixth package of sanctions targeting Moscow for its war in Ukraine.

Von der Leyen, addressing the European Parliament in Strasbourg, France, called on the EU’s member nations to phase out imports of crude oil within six months and refined products by the end of the year.

“We will make sure that we phase out Russian oil in an orderly fashion, in a way that allows us and our partners to secure alternative supply routes and minimizes the impact on global markets,” von der Leyen said.

The proposals need to be unanimously approved to take effect and are likely to be the subject of fierce debate. Von der Leyen conceded that getting all 27 member countries — some of them landlocked and highly dependent on Russia for energy supplies — to agree on oil sanctions “will not be easy.”