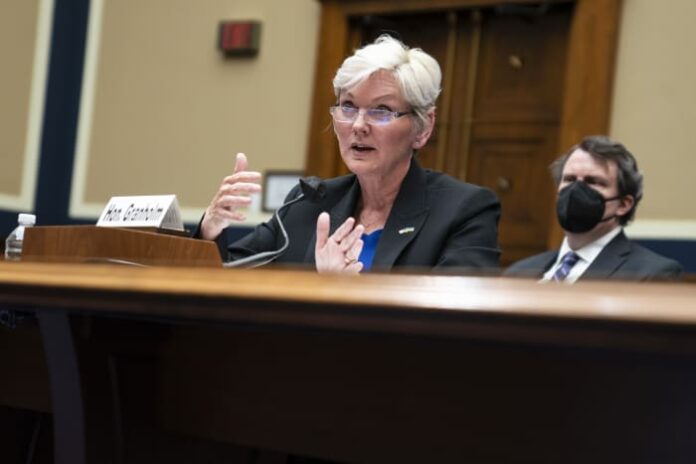 WASHINGTON – Continuing its push to dramatically boost sales of electric vehicles, the Biden administration on Monday announced $3.1 billion in funding to U.S. companies that make and recycle lithium-ion batteries.

Energy Secretary Jennifer Granholm said the new program will offer grants to companies that process or recycle battery components to increase domestic supplies of a market now dominated by China and other countries. The grants will help strengthen U.S. energy independence and support Biden’s goal to have electric vehicles make up half of all vehicles sales in America by 2030, she said.

Electric vehicles accounted for 4.2% of U.S. new vehicle sales in the first quarter of this year, according to according to Edmunds.com.

“Positioning the United States front and center in meeting the growing demand for advanced batteries is how we boost our competitiveness and electrify our transportation system,” Granholm said in a statement.

Granholm, a former Michigan governor, announced the battery initiative during a visit to her home state to highlight clean-energy provisions in the bipartisan infrastructure law Biden signed in November.

The grant program “will give our domestic supply chain the jolt it needs to become more secure and less reliant on other nations,” while creating good-paying jobs and reducing planet-warming greenhouse gas emissions, she said.

“We need a lot of batteries. And we want American workers making those batteries right here in America,” added Gina McCarthy, Biden’s climate adviser, at a separate briefing Monday at the White House.

The $3 billion will be allocated as grants to as many as 30 companies, officials said, and represents nearly half of $7 billion approved under the infrastructure law to improve the domestic battery supply chain.

Companies will be required to match grants on a 50-50 basis, with a minimum $50 million investment, the Energy Department said. The money will go to companies that can create new, retrofitted or expanded processing facilities as well as battery recycling programs, the department said.

The focus on battery processing and recycling is part of a broader effort by Biden to shift the country away from gas-powered cars to electric vehicles and combat climate change.

A March 31 executive order intended to increase mining of lithium and other critical minerals does not waive or suspend existing environmental and labor standards, the White House said. Nor does it address the chief hurdle to increased domestic mining: the years-long process needed to obtain a federal permit for a new mine.

Even so, the mining industry and supporters in Congress cheered Biden’s use of the Defense Production Act.

Rich Nolan, president and CEO of the National Mining Association, called it a historic step by the White House to “recognize the critical importance of minerals and push to electrify the car industry.″

But unless the administration also moves to speed approvals of new hardrock mines, “we risk feeding the minerals dominance of geopolitical rivals″ such as China and Russia, Nolan said.

As of March 31, more than 2.5 million plug-in electric vehicles have been sold in America, with more than 800,000 of those having been sold since Biden took office, the Energy Department said. Battery costs have fallen more than 90% since 2008, while performance has increased.

“Responsible and sustainable domestic sourcing of the critical materials used to make lithium-ion batteries — such as lithium, cobalt, nickel, and graphite — will help avoid or mitigate supply chain disruptions and accelerate battery production in America to meet this demand and support the adoption of electric vehicles,” the department said in a statement.

“The future of mobility is electric,” Sen. Gary Peters, D-Mich., said in a statement. The Energy Department initiative “could help to ensure Michigan remains on the forefront of innovation by shoring up our supply chains for advanced battery technologies necessary to deploy the next all-electric fleet,” Peters added.

The infrastructure law should decrease U.S. dependence on foreign producers such as China for these critical technologies “and help our automakers meet the growing demand for cleaner, safer cars,” Peters said.