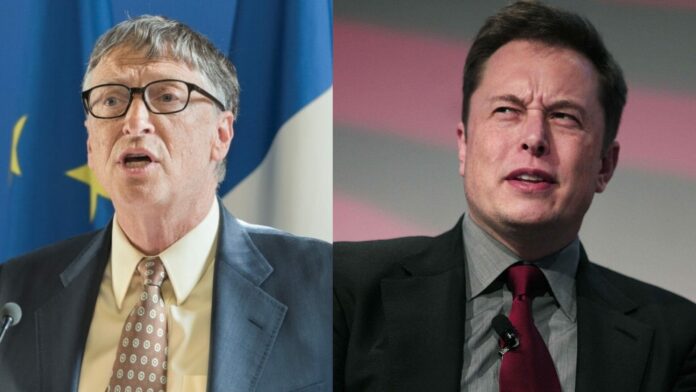 TL;DR: In a series of leaked texts, Elon Musk apparently rejected having philanthropic talks with fellow billionaire Bill Gates because of the latter’s half-billion-dollar short position on Tesla. Musk confirmed the authenticity of these texts, but claimed he didn’t leak them himself.

On Friday, Elon Musk confirmed that he confronted Bill Gates about shorting Tesla stock. The leaked screenshots of texts between the two billionaires were shared on Twitter, asking Musk if they were genuine.

In these screenshots, the Tesla CEO openly asked Gates if he still held a $500 million short position against Tesla. Gates admitted that he hadn’t closed it out, adding that he would like to discuss philanthropic possibilities.

So apparently Bill Gates hit up @elonmusk to discuss “philanthropy on climate change” but Elon asked if he still had a half billion dollar short position on $TSLA.

Bill said he hasn’t closed it out, so Elon told him to get lost. No idea if this is true lol pic.twitter.com/iuHkDG3bAd

Musk quickly turned down this request, claiming that he can’t take Gates’ view of climate change seriously while he’s holding a short position against Tesla. According to him, the company was doing the most to solve climate change.

Short selling typically means that an investor or trader sells stocks they’ve borrowed, intending to buy them back later at a lower price. By doing this, they’re essentially betting that the asset’s value will go down.

Musk claimed that the screenshots were real, although he denied leaking them himself. It’s unknown when this exchange took place, although it’s worth noting that Musk first talked about Bill Gates shorting Tesla stock over a year ago on the Joe Rogan podcast.

Yeah, but I didn’t leak it to NYT. They must have got it through friends of friends.

I heard from multiple people at TED that Gates still had half billion short against Tesla, which is why I asked him, so it’s not exactly top secret.

The two billionaires have openly feuded in the past, disagreeing about topics such as Covid-19, colonizing Mars, and cryptocurrencies. Musk also tweeted in 2020 that his conversations with Gates have been underwhelming, so it’s clear the two aren’t on best terms.