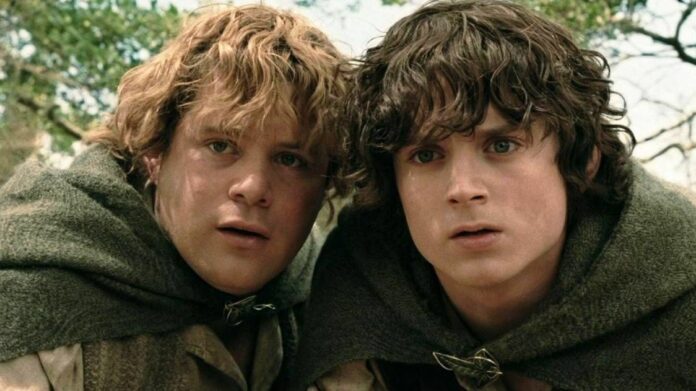 It was only a matter of time before the sprawling world of Elden Ring was mashed into the epic fantasy universe of The Lord of the Rings – and now that time has come. Frodo and Sam have taken up residence in the Lands Between as one intrepid player has recreated their journey from the Shire to Mordor.

Re-enacting various moments of Tolkien’s novels within Elden Ring, TikTokker pi1cklel0ver has cut together a montage of the Hobbit’s travels across Middle-earth. They’ve dressed themself and a buddy to look like Sam and Frodo, recreated various classic moments of the books, and thrown in a bunch of enemies that look like the kind of monsters you might find in Middle-earth.

It’s a surprisingly accurate re-enactment of the Hobbit’s journey and touches on almost every major location they reach. We can spot them leaving Rivendell, camping by a fire with lembas bread, and hiding from a Nazgûl. Later, Sam attacks Shelob to save a catatonic Frodo, the pair hide from Sauron’s Eye (fittingly substituted for the Frenzy-Flaming Tower), and take a rest in the belly of Mount Doom. As an extra touch, Frodo’s shortsword Sting is even shown glowing bright blue; there must be orcs around.

It looks like the location of each scene has been carefully chosen to match the look and feel of Peter Jackson’s Lord of the Rings film trilogy, and while some shots left us a little confused, we were able to tell what the vast majority were trying to portray on our first viewing. Throw in the classic music of The Shire and the whole piece really comes together.

As fans on Reddit were quick to point out, it’s not surprising that the world of Elden Ring works so well as a backdrop to Middle-earth. Its landscapes look to take more than a few cues from the sprawling world of Tolkien’s classic series of novels.

George R.R. Martin, who contributed to Elden Ring’s world-building, has also spoken fondly of The Lord of the Rings in the past. He’s noted Tolkien’s influence on his own fantasy writing, so it’s little surprise some of that spirit bled into FromSoftware’s action RPG.

“I revere Lord of the Rings, I reread it every few years, it had an enormous effect on me as a kid,” Martin told The Guardian several years ago. “In some sense, when I started [A Song of Ice and Fire] I was replying to Tolkien, but even more to his modern imitators.”

Lord of the Rings isn’t the only beloved franchise to make its way into Elden Ring. One player discovered how to turn themselves into a Sith Lord with a specific combination of Incantations, Sorceries, and cosmetics. And there are plenty of other ways to spruce up the Lands Between to your liking with the best Elden Ring mods.