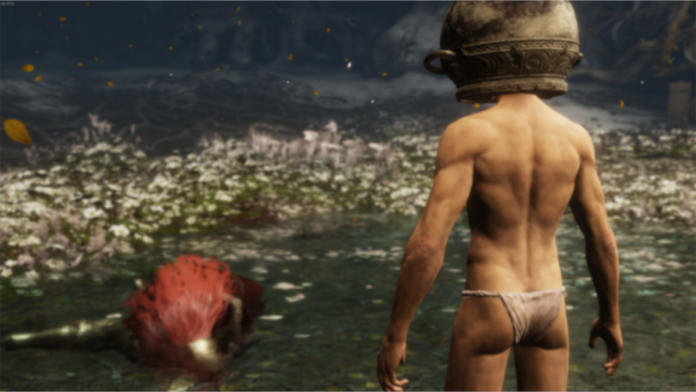 Elden Ring’s flavor of the month – a player going by the handle Let Me Solo Her – has just been honored with a mod that turns them into a Spirit Summon.

Let Me Solo Her has made the news for running around (practically) naked, wearing nothing but a jar on his head, and solo-ing Elden Ring‘s hardest boss Malenia. He’s so skilled that he can take on the Goddess of Rot on his own – hence the moniker.

But being a mortal man, he can only be in so many places at once, so YouTuber and modder Garden of Eyes has stepped in to change that.

Garden of Eyes is behind some of the best Elden Ring mods as well as the head-to-head boss fight between General Radahn and Malenia the Severed. Their latest mod swaps the ‘Lone Wolf Ashes’ for ‘Puppet of the Legend’ which “summons the legendary ‘Let Me Solo Her’ guy”.

Item descriptions in the Souls games are always worth a read for in-jokes and lore, and the modder understood the assignment.

“One of Seluvis’s most dangerous puppets. Use to summon the spirit of the legendary warrior.

“Puppet of a warrior whose skill was a match to the Rot Goddess herself! His famous words echoed through every era: ‘I always wear a jar on my head, and I do not bail on any Malenia boss fights.'”

The quote is taken from an interview Let Me Solo Her (LMSH) did with IGN, addressing some impostors that have been showing up in some people’s games.

LMSH posted to reddit last week about his quest to help “countless tarnished in their quest to defeat Malenia by going butt naked except for a Jar on my head.” The community has been eating it up, and his popularity has surged to the point that people are making fan art of his character. Someone even 3D printed a figure of LMSH, helping to cement his legacy even further.

LMSH plays Elden Ring exclusively on PC, so PS5 and Xbox Series X players won’t be able to experience him in all his naked glory. But feel free to drop a message in his Reddit thread if you need a hand or just want to witness him single-handedly tearing up Malenia.