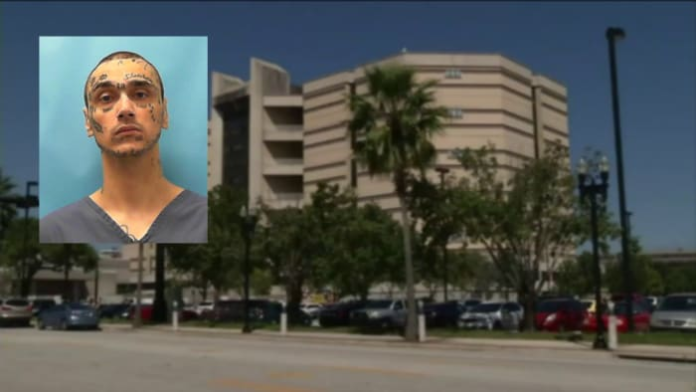 JACKSONVILLE, Fla. – A 31-year-old inmate of the Duval County jail, who was behind bars on a charge of armed robbery, died while in custody after he was involved in a fight with another inmate, according to a report from the Jacksonville Sheriff’s Office.

According to JSO, Coty Riley was located in his cell on March 4 and transported to a hospital for treatment of injuries. He later died March 19.

The 18-page investigative reports includes interviews with numerous witnesses who told police the fight was sparked by an argument over a bag lunch, with some witnesses specifying that Riley was sold the bag lunch for $2, which he ate, but “could not pay for it for another week.”

One witness told police, report states, that a verbal argument between the two men turned physical when the other inmate “rushed” at Riley in his cell. He said the other inmate may have “chest bumped” Riley, and added that Riley then “swung at” and punched the inmate and put him in a headlock.

When he let go of the other inmate, the report said, that inmate began hitting Riley. The witness said Riley then “fell down.”

Multiple inmates told investigators that Riley was the aggressor and threw the first punch, the report shows.

Another witness told police that after the fight was over, Riley said he was not feeling well and was taken away by medical staff. The report states that after he arrived at a hospital, doctors found a brain bleed and performed emergency surgery. He remained in critical condition before his death.

The medical examiner’s office ruled the death a homicide as a result of the blunt force head trauma. The Fourth Circuit State Attorney’s Office ruled it justifiable, stating that Riley was the aggressor. Because of the ruling, News4JAX has chosen not to name the other inmate.

News4JAX visited that man’s house, where he said he wished to first speak with his lawyer before speaking about what happened. Records show the reason the man was in jail was for failure to appear in court.

Notably, there are two other homicides that were reported at the Duval county jail, which are still under investigation. They include David Ramirez in 2019 and Daniel Taylor in 2021.

Investigators said Ramirez was beaten to death and his cellmate, Paul Dixon, was charged with murder and later indicted. Dixon is awaiting trial in September.

Investigators said Taylor was subdued by corrections officer in the jail. His family sent us his death certificate, which listed the manner of death as homicide.