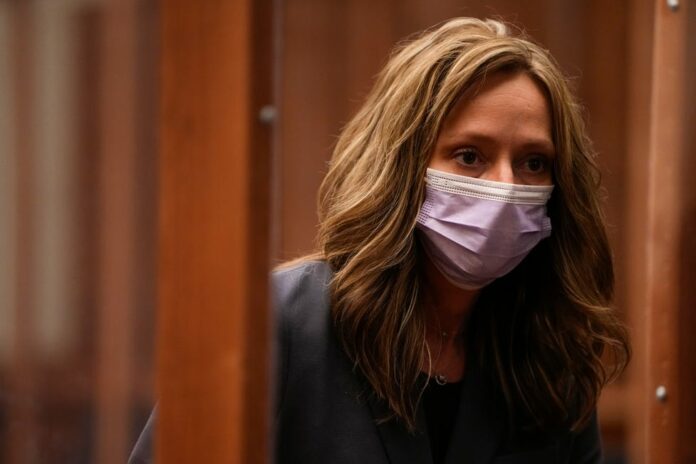 A Franklin County judge has sentenced Holli M. Osborn to 18 years to life in prison for murdering her husband, Dr. Christopher Osborn, while he slept in their Dublin home in 2018.

Prosecutors said Osborn shot her 50-year-old husband three times in the head while he slept at their rented home in the 5700 block of Ennishannon Place. He was found around 7:30 a.m. July 18, 2018.

Franklin County public defenders representing Osborn indicated she plans to appeal her case and asked she be given a bond while she appeals. Page did not grant Osborn bond and she will remain behind bars.

Osborn appeared in court in a jail uniform and handcuffs. She did not speak at her sentencing as her attorneys recommended to protect her appeal. Throughout the proceedings, Osborn occasionally wiped tears from her eyes with a tissue.

Two members of Chris Osborn’s family spoke at the sentencing and one of his daughters submitted a letter a prosecutor read aloud.

The daughter accused Holli Osborn of draining her father’s bank account of more than $40,000 dollars after he died and taking furniture from his home.

“I cried myself to sleep and then had nightmares in my sleep of her. I was constantly on edge and looking over my shoulder,” she said in her letter. “I couldn’t even go to the cemetery for a year to properly mourn because I was afraid that she would be there. She desecrated his grave multiple times with tributes to (their) marriage.”

Osborn was arrested nearly a year after the death of her husband and went home on house arrest after posting bond two months later.

“One senseless, selfish act and you took my mother’s first-born child,” he said. “You took Christopher, Lauren and Rachel’s father, and he was a great father. You took my only sibling, my big brother and my best friend in life. You took a great, caring doctor who won’t be able to have a positive impact on his patients’ lives.”

“Our family has grieved. Chris was a great father figure to me. He treated me like I was his own child,” Shear said. “Despite the way that things have happened, — there’s so much more to this than anyone can imagine — my mom she’s a beautiful person.”

The trial of Holli Osborn

During the trial, prosecutors painted Osborn as a jealous wife with a history of alcohol issues who was fed up with her husband’s infidelity.

“This person walked up to a sleeping man, pointed the muzzle 6-8 inches away (from his head) and shoots him right in the face,” Senior Assistant Prosecuting Attorney Daniel Lenert said during the trial.

The defense based its case on what it called the prosecution’s failure to eliminate doubt, presenting what it called “reasonable alternative explanations” and questioning investigators’ handling of evidence.