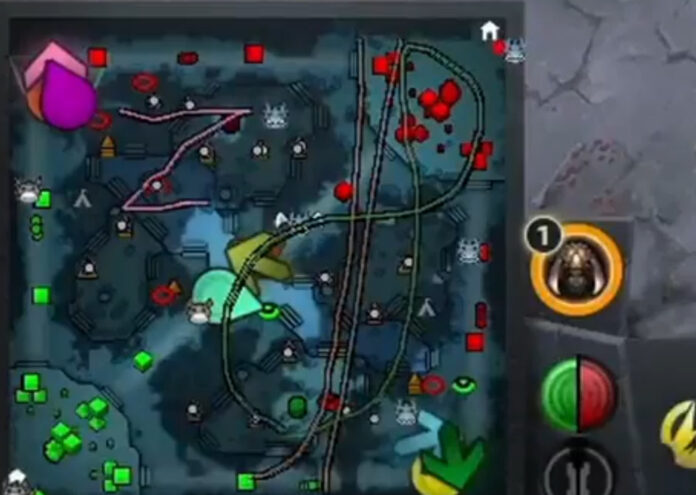 What just happened? A Russian DOTA 2 player got his team disqualified from a tournament and had his contract terminated after displaying what appeared to be support for Russia’s invasion of Ukraine during a livestreamed match.

Dot Esports reports that the incident occurred during the Eastern Europe Dota Pro Circuit Regional Finals over the weekend. During Virtus.pro’s (competing under the name Outsiders) semi-final match against Mind Games, one of the former’s players, Ivan ‘Pure’ Moskalenko, used a mid-match pause to draw what looked like the letter ‘Z’ on the game’s map. The letter has been used to show support for Russia’s troops and their actions against its neighbor.

You can see in the video above how Moskalenko appears to realize what he’s done and suddenly starts to draw over the letter. His teammates, drawing in other colors, also began covering up the image, suggesting they knew its implications.

Another factor in all this is that the team Virtus.pro was playing, Mind Games, has two Ukrainians in its squad.

Plenty of people noticed what Moskalenko did. The ensuing backlash led to the player issuing an explanation claiming it was an “accident,” though he never apologized in his video.

Pure on the recent incident. pic.twitter.com/nv6OU168Yh

“There was a long pause in the game, the guys and I were talking and drawing on the minimap. When we realized what exactly my drawing turned out to be, we tried to cover it up. I didn’t mean to offend anyone, it all happened by accident. Peace to all,” said Moskalenko.

But, like most viewers, Valve and tournament organizer Beyond The Summit were less than convinced by Moskalenko and kicked his team from the tournament. They also granted Mind Games, who lost the match, a forfeit win.

Virtus.pro released a statement following its investigation into the incident. The team called the punishment “shocking” and said “disqualifying the whole team from a DPC tournament based on a drawing on a minimap by single player sets up a whole new precedent.” But it added that whether intentional or not, actions have consequences. Therefore, it has terminated Moskalenko’s contract.

Virtus.Pro was disqualified from the Gamers Galaxy: Dota 2 Invitational Series in Dubai earlier this year over what it claims was the Russian organization’s refusal to condemn the invasion of Ukraine.