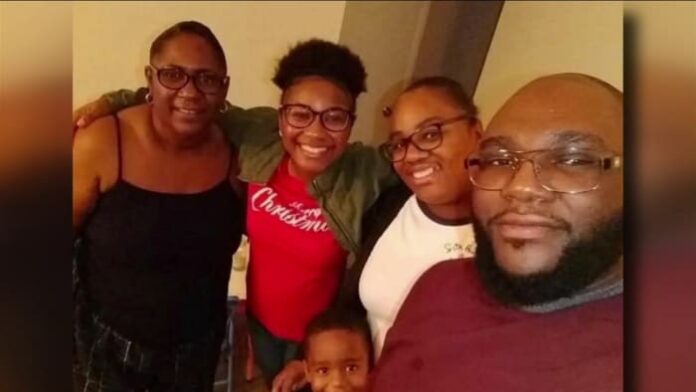 A Jacksonville man charged in a triple murder that killed three family members appeared in court on Saturday.

Terrell Lewis, 37, is accused of shooting and killing his girlfriend and her siblings, and then kidnapping his son in Arlington, prompting an amber alert.

Jennifer Rodriguez works for the Quigley House, a domestic violence and sexual assault center in Jacksonville, and said approximately 1 in 4 people are experiencing domestic violence.  She said incidents like these unfortunately happen and it’s important to know the warning signs of domestic violence.

Lewis has been charged with three counts of second-degree murder in the killing of 33-year-old Johnisha Williams, 28-year-old Jamonica Williams and 30-year-old Jordan Williams.

They were all found dead inside the River City Landing Apartments on Friday, according to family members.

Family members told News4JAX that Johnisha Williams was Lewis’ girlfriend and the mother of his child, Jarell, who talked to us on camera  about his mother, with his grandmother’s permission.

“She was always nice to me,” Jarell said. “She put money on my games. She helped me do my math and schoolwork and she always loved me.

Family said the other two killed inside the apartments were the girlfriend’s sister and her brother.

Court records show Lewis was named in a domestic violence injunction in 2016 by his son’s mother.

“The thing about an injunction is at the end of the day, it is a piece of paper to a perpetrator,” Rodriguez said. “Perpetrators are people who do not have boundaries. So they don’t understand that this paper means that there’s a protective order in place through the courts.”

Rodriguez also gave advice for friends of people that are going through an abusive relationship and what they should look out for.

“The most important thing when you are trying to support somebody experiencing domestic violence, is to make sure that you, No. 1, believe what they’re saying,” Rodriguez said. “Even if the facts don’t make sense. Even if you just don’t understand, believe them.”

Family members are in shock after this tragic incident.

The next court date for Lewis is May 23.

If you or someone you know is or has been a victim of domestic violence or abuse, there are also other resources available: