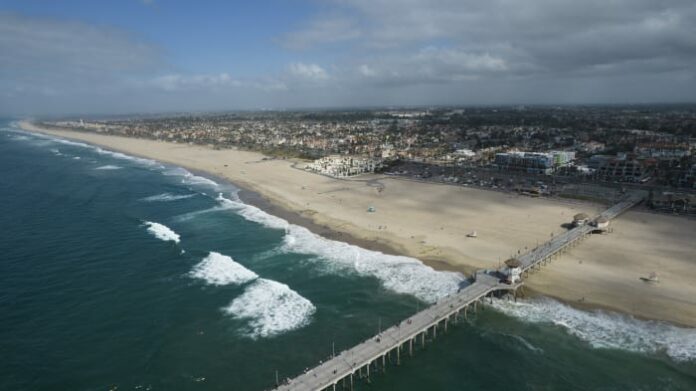 HUNTINGTON BEACH, Calif. – DNA from a coyote that bit a girl on Southern California’s Huntington Beach last week matched samples from one of two coyotes shot and killed following the attack, authorities said.

The 2-year-old child was hospitalized with bites to her head and face that were not considered life-threatening after she was attacked near the Huntington Beach Pier last Thursday night.

Samples taken from the girl’s wounds were used to confirm that the animal that bit her had been killed, California Department of Fish and Wildlife Capt. Patrick Foy told the Orange County Register on Sunday.

The girl was with her mother on the sand when she wandered “a mere few feet” and was attacked, Foy said last week.

The coyote came out of the dark, hit and knocked over the girl and attacked her for 12 seconds before her cry alerted adults and the animal ran off, Foy said.

However, it stayed around, pacing, before finally fleeing, Foy said.

The family did nothing to antagonize the coyote, he added.

Coyotes are found almost everywhere in California, including cities, and authorities have long warned that small children and pets can be at risk. Last year, the state Department of Fish and Wildlife began workshops to help communities deal with coyotes because of an increase in the number conflicts with people.

Foy said coyotes usually are shy and try to avoid humans. He estimated there are only about 10 to 12 attacks per year around the state, mostly involving smaller children but full-grown adults were attacked in a few cases.