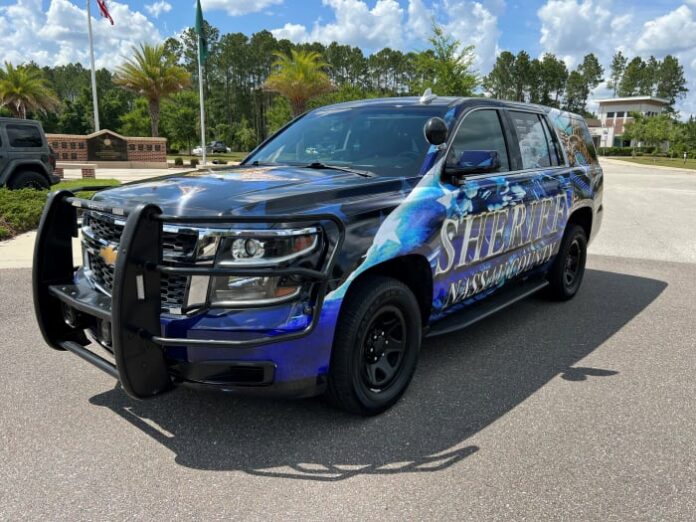 Deputy Joshua Moyers was out on routine patrol, observed a traffic violation, and stepped out of his patrol car for the last time.

He was shot twice by Patrick McDowell, a former Marine who then led law enforcement from across the state on a multi-day manhunt.

On September 26, with dozens of armed officers still combing through a heavily wooded area in search of McDowell, Deputy Moyers took his last breath at UF Health in downtown Jacksonville.

The following day, hundreds, if not thousands of people lined the streets of Duval and Nassau Counties as a procession of law enforcement officers carried his body to a Fernandina Beach funeral home.

Four days after Deputy Moyers was shot, Sheriff Bill Leeper announced Patrick McDowell was captured while hiding in a bathroom at the Kirsten Higginbotham Sports Complex.

Following these tough days came a funeral service, police memorial events, and months of healing for the tight-knit county just north of Jacksonville. In present time, anyone coming through the community will see “end-of-watch” stickers in car windows, small memorial signs posted in shops, and even a hand-written tribute to Deputy Moyers and another fallen Nassau County Deputy, Eric Oliver, at a local tavern.

Today, during the Nassau County Sheriff’s Office Law Enforcement Memorial, a new way to carry on the memory and legacy of Deputy Joshua Moyers was unveiled.

Sheriff Leeper presented Moyers’ Chevrolet Tahoe patrol vehicle, the one he was patrolling in the night of his death, now with a brand-new paint scheme. It’s designed to be used by the NCSO Honor Guard and is painted to honor police officers who have died in the line of duty, including troopers and officers from other departments within Nassau County.

Next week, the patrol car, along with members of the NCSO Honor Guard, will head to Washington D.C. for National Police Week. During this time Deputy Josh Moyers and Deputy Jack Gwynes will have their names etched in the National Law Enforcement Memorial Wall.

The patrol car will also be used for functions, ceremonies, and parades where the names and memories of those who served and made the ultimate sacrifice in Nassau County will live on, according to NCSO.

“Every time our honor guard attends a funeral or ceremony honoring a fallen officer, a part of Josh will also be with them,” Sheriff Bill Leeper said.