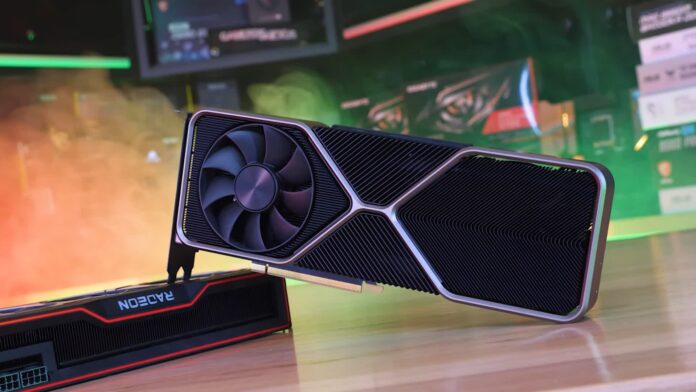 For those who missed it, we recently published our GPU pricing update for April 2022, which saw prices for graphics cards continue to trend in the right direction… downward. We’ve been monitoring GPU prices for well over a year now and it’s great to see prices getting closer and closer to the MSRP.

But as we mentioned in that feature, it’s hard to say just how exciting that is for prospective buyers considering most of these products are now 18 months old and will likely be superseded by the end of this year by much more powerful next-gen hardware. Then again, we do believe that if gamers had the opportunity of buying an RTX 3070 for $730 or an RX 6700 XT for $570 earlier this year, they would have jumped at it. So while pricing still sucks compared to 2019, it could be worse, a lot worse. If you need evidence of that, just go back and check our GPU pricing update for May 2021 when the 3070 was closer to $1,600(!).

Anyway, for those of you who are now ready to buy, and aren’t willing to hold out for next gen products to arrive — because let’s be honest, pricing will almost certainly be inflated and availability will be poor around launch day — what should you buy now? For that, we’ve come up with some fresh data and created a cost per frame analysis.

The goal today is to test all current generation AMD and Nvidia GPUs to establish FPS performance and using that data, create some cost per frame comparisons. In total, there’s 17 current generation GPUs (or up to 18 if you include the RX 6400, but we don’t have one of those yet) and we don’t think we’re missing out on anything of true value there.

Because that’s a ton of GPUs to cover, we’ve only tested them in 6 games, but we’ve chosen the titles carefully based on recent 50 game benchmarks. The titles include Red Dead Redemption 2, Rainbow Six Siege, Far Cry 6, Hitman 3, Dying Light 2 and Shadow of the Tomb Raider.

Instead of going through the individual game data, we’ve calculated the geomean for the six games and will be using that to report cost per frame. The reason for using medium quality settings in almost all the games was to allow the entry-level models to achieve reasonable levels of performance, and then at the high-end we can look at the 4K data.

We tested at 1080p 1440p and 4K resolutions using the Ryzen 7 5800X3D with DDR4-3600 CL16 memory and resizable BAR enabled. We used pricing information gathered on April 20, which means that some price movement is to be expected, though the bulk of the data should be good.

With that said, the most valuable information here is the frame rate data. Simply select a performance tier you’re interested in, take the current pricing you’re looking at and divide that by the frame rate to get your cost per frame. Even if you are not in the United States, as we usually make recommendations based on pricing from that market, you can check pricing of the relevant products in your region and using the formula above you can easily come up with the option that makes the most sense for you.

The best value 1080p GPU right now is the Radeon RX 6600, coming in at a cost of $2.98 per frame in our testing. That makes it 16% cheaper than the 6500 XT per frame. What’s shocking about this data is that the 6500 XT would need to be priced at ~$170 just match the cost per frame of the RX 6600, and it would be doing so with half the VRAM, half the PCIe bandwidth, no hardware encoding, and complete absence of AV1 decoding.

In other words, even as the Radeon 6500 XT approaches its MSRP, it continues to be a horrible product that should have never sold for a dollar over $150 — in fact, $100 or less is far more fitting for this class of product. It’s crazy to think this GPU was selling for $270+ just months ago and some reviewers were recommending it simply because it was the cheapest new GPU you could buy.

The GeForce RTX 3060 Ti stacks up better despite costing more per frame. It’s $10 more than the 6700 XT and is only ~5% slower, so you could argue features such as DLSS help to offset that margin. For comparing more higher-end graphics cards let’s move to 1440p.

The margin between the Radeon 6700 XT and GeForce RTX 3060 Ti remains about the same at 1440p with the GeForce GPU costing roughly 7% more per frame. As we move beyond the mid-range though towards the higher-end models, AMD stacks up well.

The Radeon RX 6800 XT is offering 5% more performance than the 12GB RTX 3080, suggesting that the 6 game sample is slightly more favorable towards AMD when compared to our 50 game testing, but we’re only talking about a 5% discrepancy, though do keep that in mind.

As we’ve come to expect, Nvidia RTX Ampere GPUs stack up better at the higher 4K resolution and now the 6800 XT is on par with the 12GB 3080. With a wider range of games the RTX 3080 would pull ahead by around a 5-7% margin, and we know that because we recently tested them, but for the purpose of this feature it was not feasible to test 17 graphics cards across 50 games.

The data for the mid-range to lower end GPU models was spot on with what we saw across our 50 game testing, so we suspect the lower quality settings is what’s favoring AMD’s high-end models a little more in this scenario.

Although a big portion of our audience is US based, we thought it’d be interesting to check out pricing trends in a few other regions, so let’s start with Australia. The best value option here is the 6600 XT, narrowly beating out the RX 6600, basically both Radeon 6600 series GPUs represent a similar level of value. Then we have the 6700 XT which just beat the 6500 XT in terms of value, but you know we take the 6500 XT’s cost per frame with a grain of salt given all the issues with that product. We’re also testing it with PCIe 4.0, meaning it would stack up far had use used PCIe 3.0.

The best value GeForce GPU in Australia is the RTX 3060 Ti or 3060. The 3060 Ti costs just 2% more than the 6700 XT per frame, so depending on the features you’re interested in the GeForce GPU could be a better value choice.

For those after a high-end GPU in Australia, the Radeon 6800 XT appears to be the way to go at $1350 AUD as it’s 23% cheaper than the RTX 3080 Ti for the same level of performance. Even if you go off our 50 game data where the 3080 12GB and 6800 XT delivered the same level of performance, the 6800 XT would amount to $9 per frame, making it 16% cheaper per frame than the 3080 12GB. That’s a large premium for superior ray tracing performance and DLSS support, but of course, it’s up to you to decide if those features are worth it.

We also have some Euro pricing data, and here we see some significant changes in pricing trends. Using prices from Mindfactory, we see that the 6500 XT offers the lowest cost per frame at €210, but of course, the RX 6600 is significantly better value despite costing 86% more.

Interestingly, the RTX 3060 Ti ranks very well here and is the best value mid tier product, offering 6700 XT-like performance at a 10% discount. The RTX 3060 is also competitive with the 6600 XT.

Based on Mindfactory’s pricing, without question you would purchase the 6800 XT over any of the 3080 or 3090 series GPUs from Nvidia.

That’s where things stand on the GPU front as of April 2022. Of course, pricing is highly volatile at the moment and may have changed for some models by the time you read this. Our advice is to work out which performance tier you’re after and then compare current pricing for those products.

The numbers here serve as a rough guide, but if you want to get highly accurate data for certain match ups then make sure to check out 50 game benchmarks. We’ve updated the data for most GPUs at this point. The only graphics card we strongly recommend you to avoid is the Radeon RX 6500 XT — and possibly the new 6400 XT which we might look at soon.

The Radeon RX 6600 is among the best value you are going to get right now for a budget graphics card, we wouldn’t go with anything below it. On the other side of the spectrum, the RTX 3090 and 3090 Ti should also be avoided, but not because they’re bad products, but because their price is still inflated and do not offer great value. We hope this guide is helpful to those of you buying a new graphics card right now.