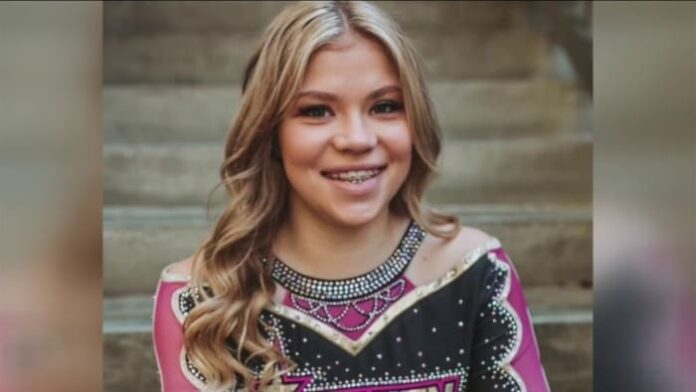 Bailey was reported missing on Mother Day’s last year, and her body was found hours later in her Durbin Crossing neighborhood in St. Johns.

Neighbors say it’s hard to believe it’s been almost a year. The tragedy shook the community, and they are hoping for justice.

On Thursday, Bailey’s family attended a court hearing for Aiden Fucci, the schoolmate charged with first-degree murder in the Patriot Oaks Academy student’s stabbing death. Investigators say witnesses told them that leading up to the killing, Fucci said he wanted to kill someone.

In court Thursday, Fucci kept his head down as he stood next to his newly-assigned lawyer.

Bailey’s family and supporters were in the St. Johns County courtroom, wearing aqua — her favorite color. Although silent in the courtroom, the aqua shirts worn by Bailey’s family screamed they are still “Tristyn Bailey strong.”

TIMELINE: The investigation into Tristyn Bailey’s disappearance and death

The color aqua has been used to memorialize Bailey since her death on May 9, 2021. A year later, people in the community plan to sport the color in honor of the beloved competitive cheerleader.

“It was definitely a tragic event, just because her family lives so close,” said F45 coach Tonya Wonderly.

Wonderly says the gym in Fruit Cove is encouraging gym-goers to wear Aqua on Monday.

“I think it hit really close to home for everyone in the community, and we definitely want to honor her on Monday,” Wonderly said.

On social media, people have expressed plans to wrap aqua bows around mailboxes and trees and wear bracelets to support Bailey.

Bailey’s family did not wish to comment after Fucci’s Thursday hearing. They have expressed in the past that they are grateful for the community’s support.

Fucci’s trial is set for November.