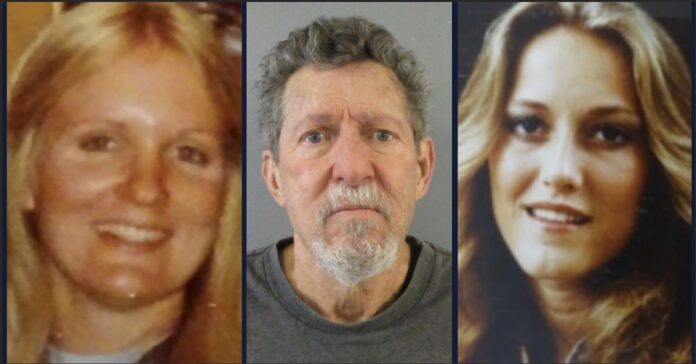 The 71-year-old Colorado man who shot and killed Annette Schnee, 21, and Barbara Oberholtzer, 29, as they hitchhiked home on a snowy night in 1982 was sentenced to serve two life sentences.

Those sentences for Alan Lee Phillips were set to run consecutively on Monday.

In mid-September, a Park County jury found Phillips guilty of first-degree murder and kidnapping. The Park County Sheriff’s Office said that Phillips was arrested in February 2021 after being “tied to the murders by genetic genealogy.”

“The Schnee family hired Charlie McCormick who worked on it for decades and eventually he heard about United Data Connect, a forensic science company specializing in DNA work. Once involved, United Data Connect was able to extract DNA from some of the case evidence and match it through genealogy to two brothers,” authorities said in a press release. “Only one of them, Alan Phillips, had lived in Colorado. Investigators tested a DNA sample from some of his garbage and determined that he was a match. He was arrested, tested again, and the original DNA match was confirmed. More of Oberholtzer’s clothes from her death were tested and resulted in further DNA matches. Phillips, a miner and automobile mechanic, lived in the area the past four decades.”

At the time of 1982 murders, Phillips was 30 years old. After his arrest decades later, it became clear that Phillips was hiding in plain sight since the night of the crimes. Investigators noted that Phillips needed to be rescued from the mountains after Schnee and Oberholtzer were shot near Breckenridge.

Authorities said Phillips claimed he got drunk at a bar and was attempting to drive home but ended up stuck in Guanella Pass.

Dave Montoya, who was a fire chief at the time in Clear Creek County, remembered the incident in an interview with 9News and said it was “the craziest thing I ever heard of.”

“Sure as heck, there he was in his little pickup, and he saw me and said, ‘Oh, God, I’m saved,’” he added. “He said he got drunk and decided to drive home. And I said, ‘You came up over the pass? And he said, well, it seemed like a good idea.’ I thought, how in the heck did this guy get so lucky, for all the stuff to fall into place?”

Phillips was even quoted in a news article about his rescue, which occurred after he drove up the mountain pass in a pickup truck without tire chains and got stuck in snow drifts while in subzero temperatures.

“You find out how lonely it is really quick,” Phillips said. “I thought about walking to a ski area nearby, and went about 200 yards and thought ‘No way.’ It was too cold.”

Prosecutors said, and a jury was persuaded, that Phillips was not merely stuck in the mountains in a snowstorm.

“On a very snowy January 6, 1982, 21-year-old Annette Schnee went missing while hitchhiking home from Breckenridge to Blue River. Later that night, 29-year-old Bobbi Jo Oberholtzer was hitchhiking home from Breckenridge to Alma when she disappeared,” authorities said in a press release. “Oberholtzer’s husband reported her missing and the next morning they discovered Bobbi Jo’s driver’s license and other ID cards, her blue backpack, an orange booty, wool glove, and tissue covered in blood. Later that afternoon, her body was found 400 feet from the top of Hoosier Pass, off the road, hidden by snowbanks. She had been shot twice.”

“On July 3, 1982 a boy fishing outside Fairplay found Annette Schnee’s body. She had been shot once in the back. She was wearing an orange booty that matched the one from the Oberholtzer scene,” a press release on the case continued.

“We are happy to have this case and conviction for the public and families involved,” he said.