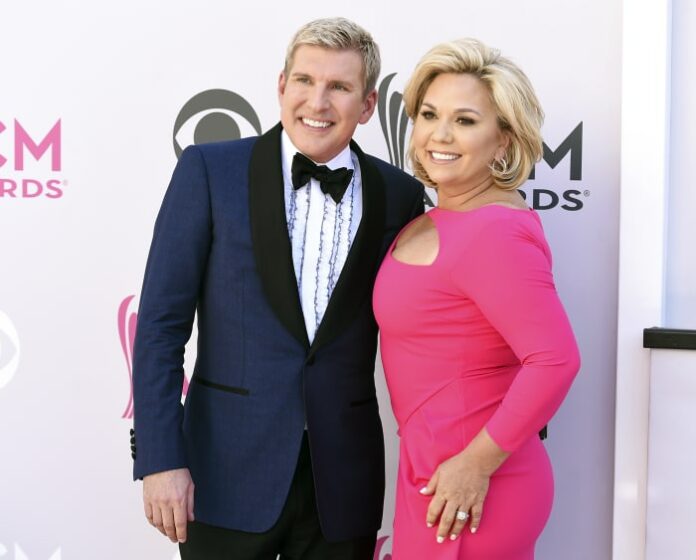 ATLANTA – A federal trial for reality television stars Todd and Julie Chrisley on charges including bank fraud and tax evasion is set to start Monday in Atlanta.

The trial is getting underway just days after E! announced that it is moving forward with a new dating series, “Love Limo,” hosted by Todd Chrisley and weeks after the announcement that reality shows “Chrisley Knows Best” and “Growing Up Chrisley” have been renewed on USA Network and E!, respectively.

The Chrisleys were initially indicted in August 2019 and a new indictment was filed in February of this year. Prosecutors allege that the couple submitted fake documents to banks when applying for loans. Julie Chrisley also submitted a false credit report and fake bank statements when trying to rent a house in California, and then the couple refused to pay rent a few months after they started using the home, the indictment says.

Peter Tarantino, an accountant hired by the Chrisleys, is charged with one count of conspiracy to defraud the United States and two counts of willfully filing false tax returns. He is set to stand trial alongside the Chrisleys.

The Chrisleys and Tarantino have pleaded not guilty to the charges and have been free on bond.

“Chrisley Knows Best” follows the tight-knit, boisterous Chrisley family. The series was just renewed by USA for a 10th season, while spinoff “Growing Up Chrisley,” featuring Chrisley kids Chase and Savannah living in Los Angeles, was just renewed for a fourth season.

The family had moved to Tennessee by the time the indictment was filed but the criminal charges stem from when they lived in Atlanta’s northern suburbs, prosecutors have said.

Before the initial indictment was even announced in August 2019, Todd Chrisley posted a lengthy statement on Instagram denying any wrongdoing. A former employee who was fired after the Chrisleys discovered in 2012 that he was stealing from them retaliated by bringing phony documents to the U.S. attorney’s office and telling prosecutors the Chrisleys had committed financial crimes, Chrisley wrote.

Prosecutors have said the Chrisleys directed that former employee to falsify documents. The scheme lasted from at least 2007 to 2012 and involved submitting fake bank and financial statements to financial institutions to get millions of dollars in loans, much of which they used for their personal benefit, the indictment says. They tried to hide their involvement by falsely claiming they didn’t know their then-employee had submitted false documents, the indictment says.

Julie Chrisley sent a fake credit report and bank statements showing far more money than they had in their accounts to a California property owner in July 2014 while trying to rent a home, the indictment says. A few months after they began using the home, in October 2014, they refused to pay rent, causing the owner to have to threaten them with eviction.

Money the Chrisleys received from their television show went to a company they controlled called 7C’s Productions, but they didn’t declare it as income on federal tax returns, prosecutors said. The couple failed to file or pay their federal income taxes on time for multiple years, the indictment says.

Tarantino helped the Chrisleys hide income and lie about their tax returns, telling the IRS that Todd Chrisley didn’t have enough money to pay a tax debt from 2009 despite money coming into their production company that they spent on personal purchases, the indictment says. He also filed false corporate tax returns for 7C’s Productions to make it look like the company wasn’t making money, the indictment says.