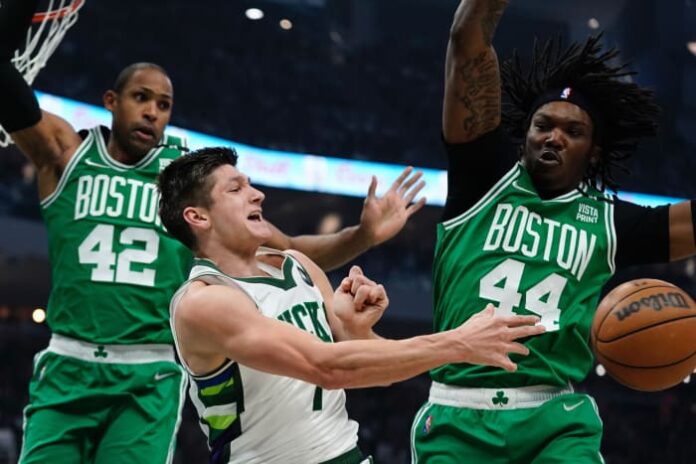 MILWAUKEE – Boston forward/center Robert Williams missed his third straight game with an injured left knee as the Celtics tried to keep their season alive Friday night in Game 6 against the Milwaukee Bucks.

Williams had been listed as questionable on the Celtics’ injury report. Celtics coach Ume Idoka said at the team’s post-shootaround availability Friday that Williams hurt the knee during a collision with Milwaukee’s Giannis Antetokounmpo in Game 3.

“Once the swelling went down, we found out he had a bone bruise,” Udoka said Friday before the game. “There’s a high pain threshold there. It limits his movement when he bends a certain way.”

Udoka said he didn’t believe this was a long-term issue.

The Bucks lead the Celtics 3-2 in the Eastern Conference semifinal, with the winner set to face the Miami Heat. If needed, Game 7 would be Sunday in Boston.

Bucks forward Khris Middleton was out for a ninth consecutive game with a sprained medial collateral ligament in his left knee. Bucks coach Mike Budenholzer didn’t offer any indication on whether the three-time All-Star might be available the next time Milwaukee plays after Friday.