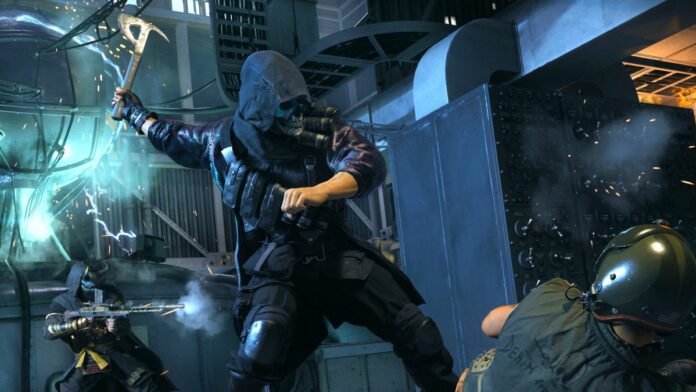 Call of Duty: Vanguard’s latest update gives cheaters a taste of their own medicine, doling out a fittingly ironic punishment to those who exploit the game.

Through a new “Cloaking” system, Call of Duty: Vanguard players who are detected to be cheating will no longer be able to see enemy players in the game. Enemy characters, bullets, and sounds will be totally undetectable to cheaters, while honest players will see them, and the cheating players, clear as day.

While cheaters will end up “spinning in circles hollering, ‘who is shooting me?!’”, as Activision puts it in a blog post, legitimate players can nab a quick kill, putting those pesky cheaters in their place.

Activision is styling the Cloaking system as an “in-game mitigation technique to reduce the impact of cheaters”. But to us, it sounds more like the anti-cheat team has found a way to troll the trollers. What better way to show cheaters just how disruptive their hacks can be, than by deliberately ruining their game and letting honest players get one over on them.

The new feature is similar to the Damage Shield system that was released for Warzone earlier this year, which effectively made cheater’s bullets useless. When the server detects a cheater in Warzone, it disables their ability to inflict critical damage on opposing players, letting enemies quickly pick them off.

Additionally, players who are now banned for cheating will be removed from global Call of Duty leaderboards. Activision said that change was implemented in response to player feedback, when some fans raised concerns over how cheating would impact global competitive rankings.

Activision said more than 144,000 accounts have now been banned across Call of Duty titles using its Ricochet anti-cheat software.

In the past, it’s emphasized its commitment to ensuring only cheaters are caught by the anti-cheat software, reassuring “law-abiding community members” that they don’t need to need to be worried about their bullets accidentally being made limp, or the enemy team suddenly turning invisible in front of their eyes.

Cheating has become something of a sticking point among Call of Duty: Vanguard players. Aimbots and wall hacks let unscrupulous players exploit the game for an unfair advantage, sometimes in a way that ruins the multiplayer experience for others. Activision began addressing those problems wholesale last year, rolling out its new Ricochet kernel-level, anti-cheat security system.

It’ll be keen to curb as much cheating as possible to enhance Vanguard’s multiplayer experience after it suffered poor sales. Punishing cheaters by trolling them certainly sounds like an effective strategy to achieve that.

The new anti-cheat features are now live in Call of Duty: Vanguard, just in time for Season 3. They’re expected to roll out to Warzone soon, too.