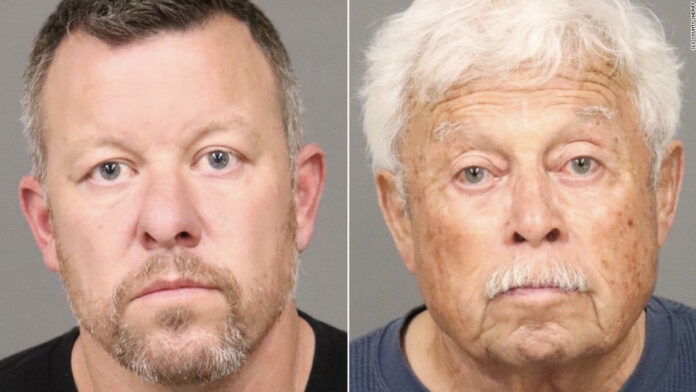 A California jury has found Paul Flores, the man accused of the 1996 murder of Kristin Smart, guilty of first-degree murder, according to a news release from the San Luis Obispo County District Attorney’s Office.

Meanwhile, a separate jury found Flores’ father, Ruben, now 81, not guilty of being an accessory to Smart’s murder, the release said.

“Without Kristin, there is no joy or victory with this verdict, we all know it did not have to be this way,” a statement from the Smart family read. “After 26 years, with today’s split verdicts, we learned that our quest for justice for Kristin will continue.”

The family also thanked Chris Lambert, who launched the true crime podcast “Your Own Backyard” in 2019. The popularity of the podcast attracted more public interest in the case. That podcast and authorities identified Paul Flores as the last person to see Smart alive.

Stan Smart, Kristin’s father, said during a news conference Tuesday the last 26 years have been “an agonizingly long journey with more downs than ups.”

“Know that your spirit lives on in each and every one of us, everyday. Not a single day goes by that you aren’t missed, remembered, loved and celebrated,” he said of his daughter.

District Attorney Dan Dow thanked the Smart family for their “tremendous trust” in a statement.

“We thank them for the tremendous trust and patience they have placed in the investigation and prosecution of this terrible crime. This verdict provides some sense of justice for Kristin, the Smarts, and our community. Today, justice delayed is not justice denied,” Dow said.

Paul Flores could face 25 years to life in prison for the conviction, the release said. He is scheduled to be sentenced on December 9.

Ruben Flores told reporters outside the courtroom he is worried about his son and “there is no evidence against anybody.”

“It’s too bad the system works that way, on feelings instead of facts,” Ruben Flores said, adding that he felt bad for Smart’s family because they never got a true answer as to what happened to their daughter.

Prosecutors alleged Flores, now 45, raped or attempted to rape Smart and killed her in his dorm room while he and the victim were students at Cal Poly San Luis Obispo, and that his father helped move her body to his home in nearby Arroyo Grande, hiding her body for a time under his deck.

Billboards in the community showed Smart’s face and asked for help solving her mysterious vanishing.

Paul Flores and Smart were both 19-year-old freshmen on the campus, which has a reputation for being among the most selective and academically rigorous in the California State system.

Smart’s body has never been found.

But almost 25 years after she disappeared, authorities said new evidence led to the arrest of Paul and Ruben Flores in April 2021.

In documents filed in the case, a sheriff’s office detective stated investigators are “in possession of biological evidence that makes them believe the victim was buried underneath the defendant’s (Ruben Flores) deck at one time.”

Prosecutors believe the father and son moved the body to another location before authorities searched the property, affiliates KEYT and KRON reported.

The Floreses’ lawyers vehemently asserted their clients’ innocence, repeatedly citing a lack of eyewitnesses and evidence.

Harold Mesick, the attorney for Ruben Flores, said in his closing argument the case “screams reasonable doubt,” according to KSBY.

The San Luis Obispo County Sheriff’s Office said Smart was last seen near her dormitory but never made it to her room.

She did not have identification, money or extra clothing when she disappeared, officials reported.

After authorities arrested Paul and Ruben Flores a year and a half ago, the family of Kristin Smart called it a bittersweet day.

“While Kristin’s loving spirit will always live in our hearts, our life without her hugs, laughs and smiles is a heartache that never abates,” they said in a statement.

John Segale, a family spokesperson, told CNN that Denise and Stan Smart are retired educators and live in Stockton, California.

“Justice delayed does not have to be justice denied,” Peuvrelle said in his closing argument last week, KSBY reported.

“The truth is Kristin was plucked off the face of the Earth by Paul Flores.”

The murder trial moved to Monterey County after a San Luis Obispo County judge ruled the Flores could not get a fair trial there because of too much pretrial publicity, KSBY reported.