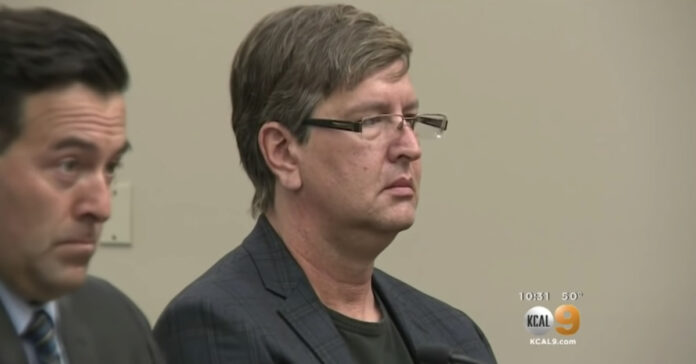 A California doctor was sentenced to spend six months in jail on Friday after he was accused of sending “sexually motivated” messages to high school cheerleaders while using fake social media aliases.

David Lee Haller, 55, was convicted on two misdemeanor counts of child annoyance in early September of this year, according to The Orange County Register. The incidents occurred while the defendant offered his medical services as a volunteer at various Newport Harbor High School events from October through December 2017.

Haller will also be subject to one year of probation and will have to register as a sex offender for a decade after his release.

“This is about as serious as it gets, so far as misdemeanors, in terms of the impact it has had on the victims,” Orange County Superior Court Judge M. Marc Kelly said in comments reported by The Los Angeles Times, calling the doctor’s actions “egregious” and noting that the doctor’s victims were “especially vulnerable.”

The two women involved were both 15 years old at the time Haller messaged them on various social media platforms.

According to a prosecutorial document obtained by several local newsrooms, the defendant first messaged one of the victims on Instagram, posing as a 14-year-old cheerleader from Ensign Middle School. In one message, he asked whether the girl was “wearing pink spanx yesterday” because “they were cute.” In another message, he asked whether boys had ever tried to look up the squad’s skirts. The girl then blocked that account, prompting Haller to use Snapchat, where he asked about uniforms again, expressed a desire to donate money to the girl, and implied that he had been watching her.

The Snapchat account was also used to pretend that Haller was a student at Edison High School. Using that fake identity, the defendant messaged another girl, said that he saw her bend over at a game but felt guilty about it – as well as describing exactly where she was positioned among all the other cheerleaders, the Register reported. Haller also expressed a desire to give the second girl money.

Prosecutors alleged that the doctor, who is reportedly expected to lose his medical license soon, messaged two other girls at the school — but he was not charged in relation to those alleged messages. A coach at the school reached out to law enforcement after learning that an unknown individual was following multiple students and had directly contacted some of them.

The victims say the impact of the doctor’s sexually-charged harassment is still felt to this day.

“I constantly fear that someone is watching over me,” one of the victims, referred to only as Mary, told the court during Haller’s sentencing hearing, according to the LA Times. “I was, and still am, always looking over my shoulder.”

“I’m honestly still terrified to go outside alone,” a woman only identified as Katy reportedly told the court. “I’ve also felt so betrayed by the fact that he has been able to walk free and continue essentially as he has wanted over the past five years since.”

Haller was allowed to continue his family medical practice as his case made its way through the slow-moving gears of the legal system.

During his sentencing hearing, he offered some level of contrition.

“Over the years, I have tried to get forgiveness,” Haller reportedly said in court on Friday, Oct. 14, 2022. “Unfortunately, I cannot talk directly to you, so I can only ask God and my family to forgive me . . . I can promise you that you will never hear from me again.”

In 2019, prosecutors alleged that Haller followed a cheerleader, one of the prosecution’s witnesses, to a cheer competition in Florida, where he allegedly sent her a sexual message, according to Los Angeles television station KCAL, which is owned by CBS but is not a direct affiliate. That alleged conduct was not ultimately charged.