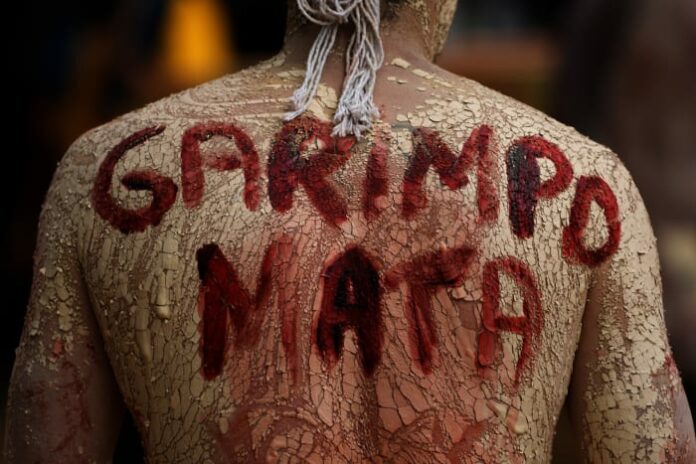 RIO DE JANEIRO – The Brazilian Senate’s Human Rights Committee is sending a team to Yanomami indigenous territory after reports that a 12-year-old Indigenous girl was sexually violated and murdered.

In a post to his Twitter account Tuesday, Sen. Humberto Costa, who leads the committee, said the purpose of the trip is to guarantee the “inviolable rights” of Indigenous people.

It is not yet clear how the Senate team will carry out its inquiry. The Associated Press tried to contact Senator Costa by phone and WhatsApp, but was not able to speak with him.

Reports of the crime have sparked outrage in Brazil, where many already were concerned about the treatment of Yanomami people, whose territory on Brazil’s border with Venezuela has been overrun by thousands of illegal gold prospectors. During a Supreme Court session Friday, one justice demanded an investigation and the court president called the case “very grave.”

The alleged crime was first reported on April 25 by Junior Hekurari Yanomami, president of the Yanomami and Ye’kwana Indigenous District’s Health Council. In a video posted to social media, he accused illegal gold miners of responsibility for the crime.

Two days later, Federal Police flew to the remote community of Aracaça. The department said in a statement afterward that they had found no evidence of a girl’s murder. Yanomami leadership, however, said in its own statement that the miners had coerced residents into denying the murder.

“Rape and death have become commonplace in the densely invaded areas of Yanomami Indigenous land,” Carlos Fausto, an anthropologist from the Federal University of Rio de Janeiro, told The AP via text.

Fausto referenced a report “Yanomami Under Attack,” published last month by the Hutukara Yanomami Association. It cites an unnamed Yanomami woman as saying there have been three rapes and murders of Indigenous teens since 2020.

Environmental and Indigenous advocacy groups estimate there are some 20,000 illegal miners now in Yanomami territory, which is roughly the size of Portugal. The administration of President Jair Bolsonaro has claimed there are far fewer, only 3,500 invaders. The total Indigenous population there numbers about 29,000, according to the Hutukara association.