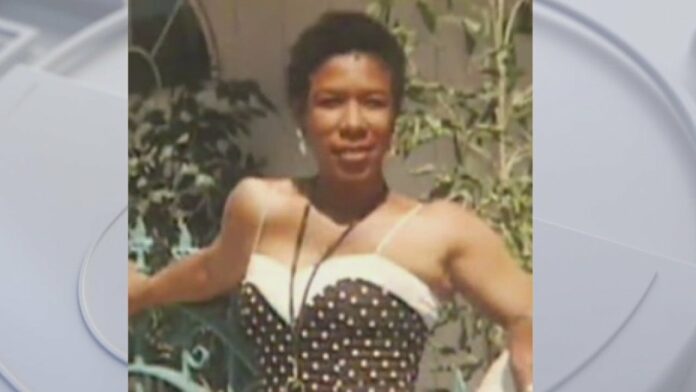 OAKLAND, Calif. – The body of a missing Oakland woman has been found nearly 18 years after she was murdered, according to prosecutors.

Cynthia “Linda” Alonzo, then 48, went missing on Thanksgiving Day 2004. She and her boyfriend, Eric Mora, were going to her mother’s house in San Francisco. They got into the car together and she was never seen again.

Mora quickly became the key suspect, prosecutors said, and he was charged with murder –  despite not having her body – in 2007.

He was tried and convicted of second-degree murder in March 2012 and sentenced to 15 years in prison.

In October 2016, Mora confessed to killing Alonzo and provided the general location of her buried body.

But it was never found.

A work crew found her body on May 4, wrapped in tarps in a shallow grave at the corner of 7th and Maritime streets in Oakland, Alameda County district attorney’s officials said in a statement on Wednesday.

The body was identified by Alameda County coroner’s officials on May 12 to be that of Alonzo, officials said.

“After nearly 18 years of waiting, the family of Linda Alonzo may finally find some peace in knowing that their loved one can ultimately be laid to rest,” Alameda County District Attorney O’Malley said in a statement. “We cannot begin to imagine the pain and unrest that her family must have felt through all this time not knowing where Linda was. Our thoughts are with them.”