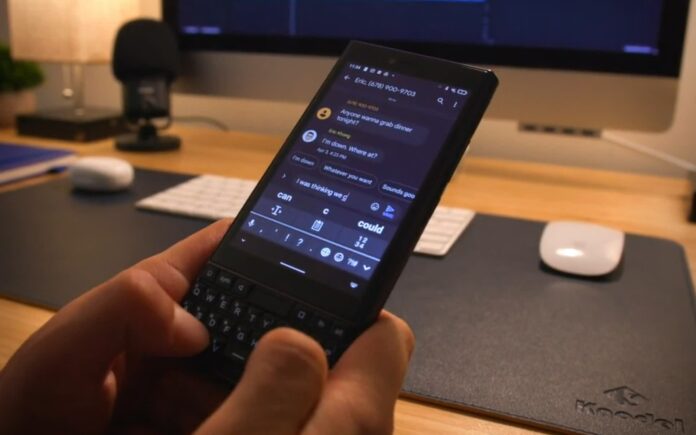 In brief: Is there still a demand for phones with physical keyboards? A Kickstarter for the Unihertz Titan Slim definitely suggests so. The project blasted past its $50,000 goal in one day and is currently just shy of half a million dollars with 27 days left to go.

Developer Unihertz is a veteran when it comes to funding unconventional phones such as the tiny Atom and Jelly on Kickstarter. The Titan Slim might not be a super-small device, but its BlackBerry-style physical keyboard will make it stand out in the crowd.

This isn’t the first Titan phone; it is joining the rugged Titan, which is a fairly hefty device, and the Titan Pocket, a smaller version of the original. Unihertz calls the Titan Slim the sleekest, most modern phone it has ever made.

Backers can secure a Titan Slim for around the equivalent of $249, which is 25% off the usual amount. It’s obviously not going to offer flagship specs at that price: a 1,280 x 720 4.2-inch screen, no 5G, a 2019 Mediatek Helio P70 chipset, and cameras you wouldn’t want to catch memorable moments with, but it does have fingerprint and face unlock capabilities, dual-sim support, and that physical keyboard with remappable keys.

After plans to launch a new BlackBerry phone were killed off earlier this year, those who still yearn for phones with physical keyboards are left with few options. It seems many like the look of the Titan Slim, despite some mixed reviews. With 27 days left to go, 1,915 backers have pledged $481,210—almost ten times the $50,000 target.