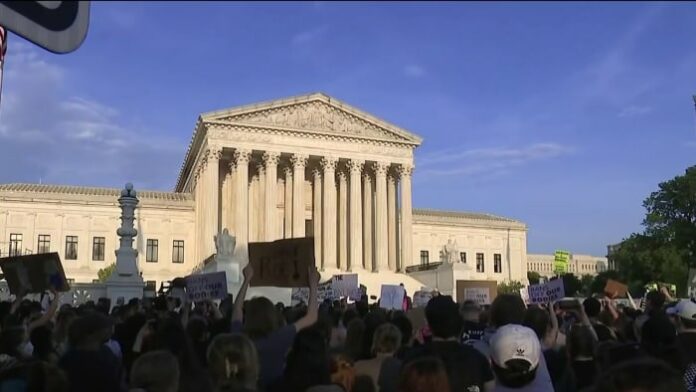 ORLANDO, Fla. – Protests and praise have followed the release of a now confirmed draft opinion from the Supreme Court that signals a possible end to Roe v. Wade. The leaked document calls into question: What’s next?

If abortions are restricted in Florida, data shows minority women will likely bare the brunt of limited access.

“People of color, and to be specific Black women, we already face disparities that determine our overall health,” said Rebecca Desir, the founder of the Black Health Commission in Orlando.

Black women account for the highest number of reported abortions in Florida, totaling nearly 35%, according to the most recent data from the Centers for Disease Control and Prevention.

Each year, the CDC tracks data they request from central health agencies across 50 states. The agency said abortion rates and ratios differ across racial and ethnic groups.

“You add the implicit bias, the system that is already designed in a way that does not really adhere to minorities in America,” Desir said. “It’s so compounded with all these other factors, whether it’s education or other things. It just makes it so difficult to address one aspect of health.”

“The rate of death for non-Hispanic Black people is more than three times higher,” said Amanda Stevenson, a sociology professor at CU Boulder in Colorado.

Stevenson studies the possible impacts of an abortion ban in the U.S. Her research estimates the number of pregnancy-related deaths would increase 7% in the first year, and go up to 21% in the years following.

“More people will die because staying pregnant is more dangerous than having an abortion,” Stevenson said.

Her paper, published in October of last year, analyzes the risk of dying from an abortion versus the risk of carrying a pregnancy to term. She found the rate of pregnancy-related deaths for non-Hispanic Black women was much higher than the population at large.

“No matter how many abortions are denied, the fact they are denied to non-Hispanic Black people mean that there will be a greater increase for that population—threefold greater,” Stevenson said.

In Florida, a Republican-led legislature recently passed a 15-week ban on abortions, effective July 1. Pro-life supporters said there are options for women.

“We’re very excited about this,” said John Stemberger with the Florida Family Policy Council. “We want to produce a culture of life that is positive.”

Those who support a woman’s right to make her own choice want people to remember, abortion may be limited but it is still legal.

Planned Parenthood said it already has a navigation team in place. The organization is working to expand those resources to help people who will seek out-of-state care.

“Already in Florida it’s difficult to access abortion care. There are many counties where there is no abortion care provider already,” Prabhakaran said. “Even if we do (expand resources) there will be people who can’t access the care that they need because they just can’t travel out of state. The thing that I worry about more is that people will access care from non-qualified health providers.”