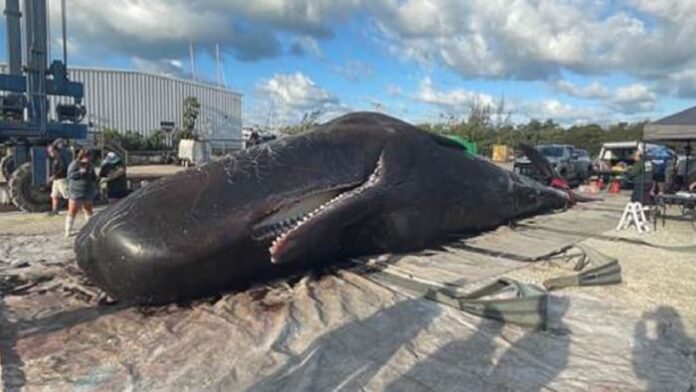 The National Oceanic and Atmospheric Administration Fisheries Southeast division reported a 47-foot male sperm whale stranded off the Gulf of Mexico in the Florida Keys.

Biologists found a mass of fishing line, pieces of net and plastic bags in its stomach. A tweet by NOAA Fish Southeast revealed the whale was emaciated and the debris probably didn’t allow the whale to eat properly.

Biologists say marine debris likely led to whale’s stranding off the FL Keys. The 47ft male sperm whale had a mass of intertwined line, pieces of net & plastic bags in its stomach. This debris likely did not allow the whale to eat properly, leading to its stranding.
Pic:@MyFWC pic.twitter.com/ICxWQPxmCH

According to the Miami Herald the whale weighed 40 tons and beached itself off Mud Key from the Gulf of Mexico Tuesday. A necropsy revealed the trash inside the whale’s stomach, likely causing its death.