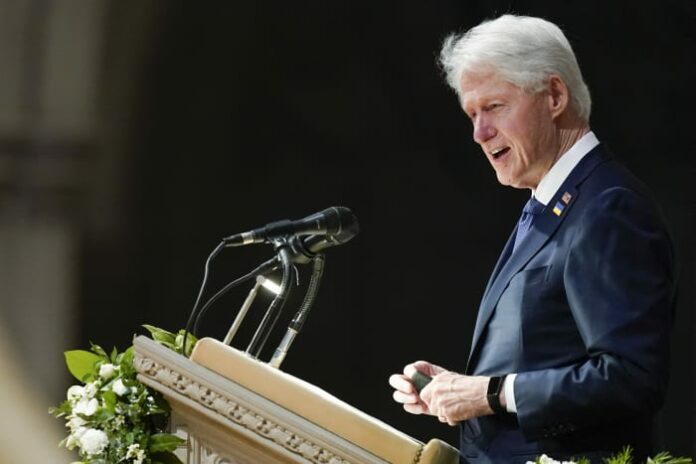 WASHINGTON – President Joe Biden had lunch Monday with former President Bill Clinton as Democrats are facing long odds to retain their congressional majorities in November’s midterm elections — a predicament the former president knows only too well from his own time in office.

Psaki declined to say what the pair would discuss, only saying “I’m sure they will have a broad conversation.”

Biden and Clinton both eulogized former Secretary of State Madeleine Albright at the funeral for her last week. The lunch comes weeks after former President Barack Obama returned to the White House to meet with Biden and staff, and attend an event marking the tenth anniversary of the passage of the Affordable Care Act. Psaki also revealed Monday that Biden and Obama had a private lunch last week as well.

While out of office for more than two decades, Clinton remains one of his party’s strongest communicators, and is a sought-after surrogate for Democrats. Clinton suffered significant Democratic losses during the 1994 midterms, when Republicans took control of the House and Senate, a fate Biden is trying to avoid.