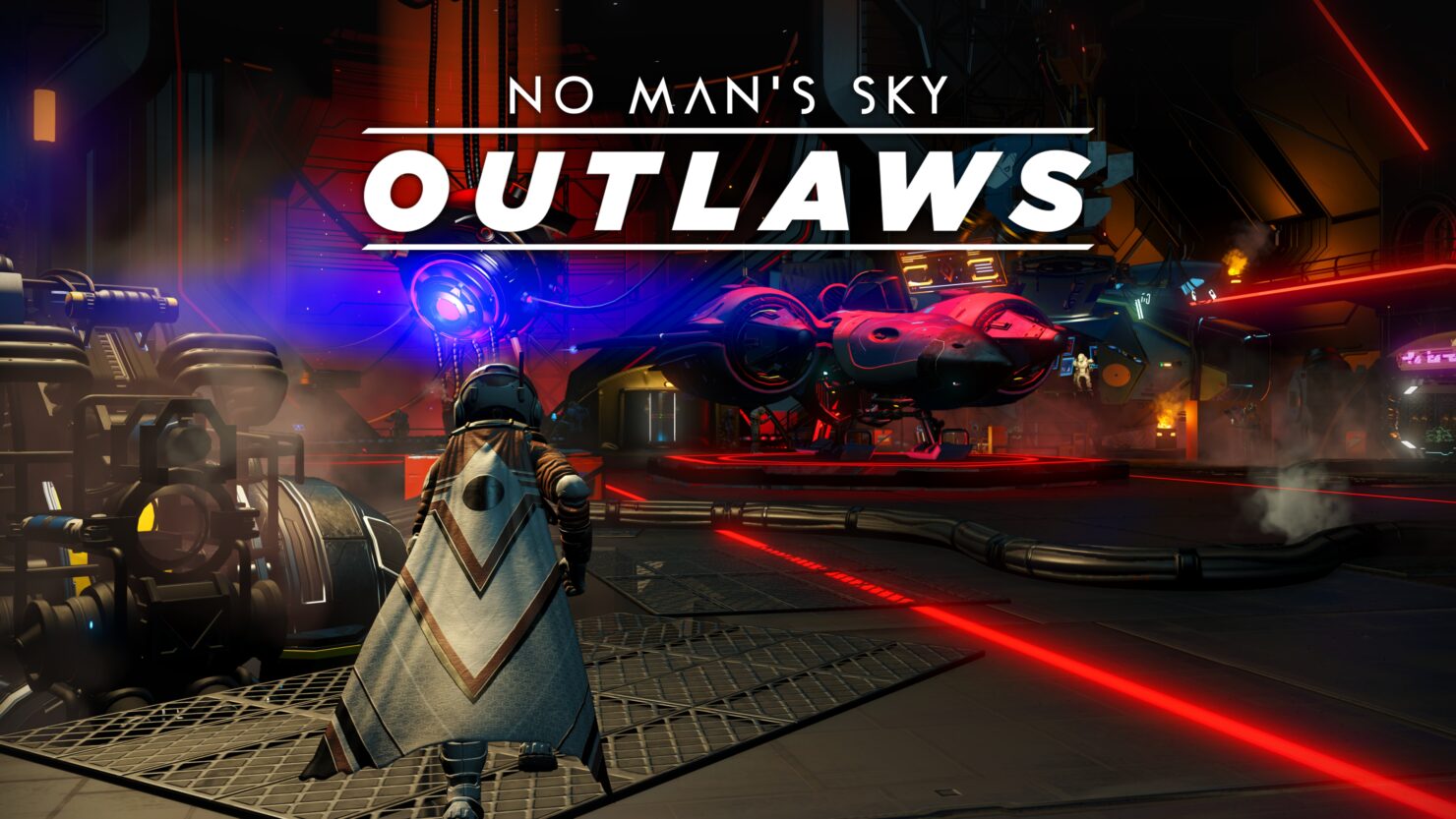 Only two months ago, Sean Murray revealed that Hello Games had no plans to finish with No Man’s Sky updates for a long time. This was said not much after the previous update, Sentinel, which focused on ground combat. Now, Hello Games look to push back into the sky and bring in some piracy in the new update, No Man’s Sky Outlaws.

The list of No Mans Sky updates is extensive. It’s the best and most supported of the modern “live service” games ever, and I can’t honestly think of any single-player title that has given every player so much free content. While it may have been a considerable disappointment on launch, there isn’t a promise or rumour linked to the game that hasn’t been fulfilled. Now it’s time to look at what else they’re bringing in.

No Man’s Sky Will Be Updated for a Long Time Still, Says Sean Murray

Let’s have a look at the main features of this new update:

Outlaw Stations
Outlaws have taken over space stations all across the galaxy. Outlaw systems are dangerous, lawless places, with frequent conflict (but this all represents an opportunity for players with an eye for raiding passing starships…)

A new series of missions leads players towards pockets of rebellion, where they’ll find an underworld offering pirate missions, black-market technology, and a chance to acquire valuable goods illegal elsewhere in the galaxy. Like-minded players can even acquire a forged passport that will allow them by-pass the authorities.

Solar Starship
With unique solar-powered sail and sleek bodywork, this is the vessel of choice for those looking to speed between the stars. The Solar Ship is No Man’s Sky’s first new starship since the start of 2020. There is considerable variety across this range of ships, so look forward to scouring the galaxy for the perfect version to match your existing fleet. The maximum number of ships a player can own has been raised from six to nine, so you don’t have to worry about limiting your fleet either.

Smuggling
Illegal goods can be purchased in outlaw systems and be smuggled out for a significant profit. A smuggler’s life is dangerous. The Sentinels are on the lookout for contraband, and discovery is only a cargo probe away…

Cargo Inventories
All players – not just the smugglers – will benefit from the addition of specialist cargo inventories to all starships. These high-capacity slots can store large quantities of cargo, and storage-hungry players can unlock extra slots from the ship upgrade terminal found on all space stations.

Squadrons
Players can now recruit and upgrade their own wingmen. Collect your perfect set of ships and pilots. Each pilot comes with their own abilities, and can be upgraded over time to improve the combat ability.

Space Combat
Space combat has been overhauled for speed and excitement. Handling has been improved, weapons have new visual effects and enemy starships now have shields. Depth has also been added to weapon selection with a variety of specialist secondary effects, such as slowing enemy engines or disabling shield systems. Ship-to-ship combat can now occur within a planet’s atmosphere too – and pirates may raid your settlements. For those who find Space Combat difficult, flight accessibility has been significantly improved with a new Auto-Follow mode.

No Man’s Sky Outlaws looks like it’ll be letting you live out your Han Solo fantasies here, setting yourself up as a swashbuckling space-rebel. Many of the updates look like they’ll make great additions for other players. Want to be a trader? More space. A leader, get your squadron going. Maybe it’s time to try out the new Solar Starship.

Either way, Hello Games have done it yet again in releasing what looks to be another significant – and again free – update to No Mans Sky.