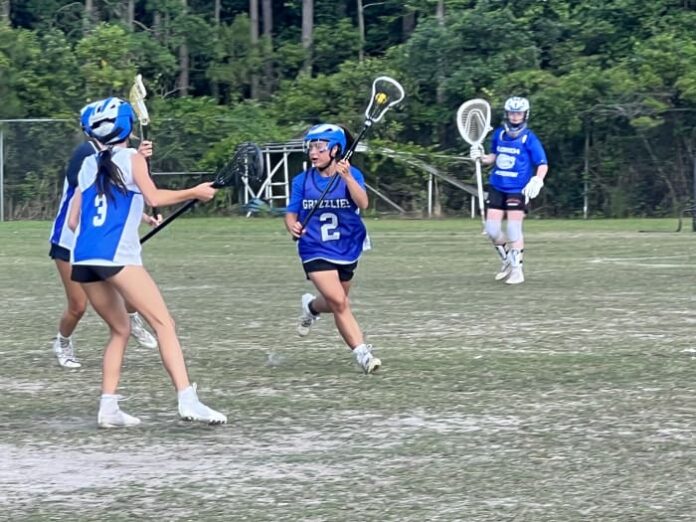 On Friday night at 7, the Bears (20-3) face Steinbrenner (21-1) in the Class 2A state semifinals in Naples. A win there would send them on to a Saturday championship game against dynasty Vero Beach or St. Thomas Aquinas, a brutal assignment no matter the opponent.

Just how tough is that semifinal bracket?

Vero Beach is No. 3 in the country according to MaxPreps. Bartram is fifth. Aquinas and Steinbrenner are 11th and 14th, respectively.

Yes, in the nation.

The Bears feel and look better this time around than a year ago. Bartram rumbled to the state semifinals in 2021, only to suffer a big loss just before the final four matchup against Vero Beach.

With junior attacker Leyton Payne already done for the season with a torn ACL, Bartram suffered another significant injury loss before that game when leading scorer Ryann Frechette tore her ACL just two days before the semifinals.

Bartram coach Meghan Jackowiak said how the 2021 season ended was a gut punch.

“Both of them have never been on the final four fields,” she said. “So, to get two of our top attackers out there is just really incredible.”

Getting Payne and Frechette back is big for the Bears, but Jackowiak doesn’t stop there when mentioning just how important the entire framework of the team is.

For the first time in a long time, the Bears are healthy.

Defender/midfielder Chloe Pender is back in the lineup after battling through multiple injuries. Defender Jah’niyah Lys and attacker Maggie Bennett are healthy again after being banged up.

Frechette, Bennett and Payne have combined to score 196 of Bartram’s 353 goals. Jackowiak likened this year’s Bartram team to a very special one in program history. The Bears won the state championship in 2016 in an epic 8-7 overtime win over Vero Beach, an upset that ended a 10-year title run.

There’s no guarantee that the Bears even get to a title game let alone win it, but Jackowiak said that she feels that Bartram at full strength is a different type of team than the squad that went to the final four in 2021.

“I’m grateful to have eight seniors this year. All of them start. We finally are all healthy; they’re all starting. And I think that’s really important. It reminds me of my 2016 team that had a lot of seniors on it, because they’re the most mature out there. They’ve been through a lot that I think they could calm the team down when needed.”

Midfielder Marina Dean said that the ups and downs of the last few seasons, especially the injuries that Bartram has had to navigate, has steeled the team this year.

“I think definitely the years before this have definitely build up to this moment,” said Dean, second on the Bears with 69 goals. “Every year we’ve gotten so close and had just unfortunate events that happened. With last year, the two ACL injuries. And I think this year that we just all have it together and that this is really our year and we’re ready for it.”