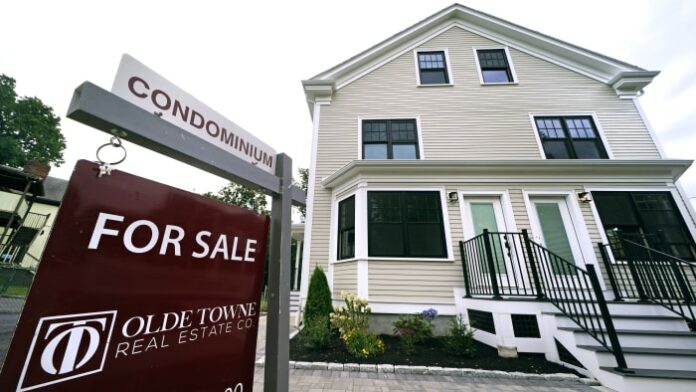 WASHINGTON – Average long-term U.S. mortgage rates edged up again this week, with interest on the key 30-year loan at its highest level since 2009.

Mortgage buyer Freddie Mac reported Thursday that the 30-year rate ticked up to 5.3% from 5.27% last week. By contrast, the average rate stood at 2.94% a year ago.

The Federal Reserve last week intensified its fight against the worst inflation in 40 years by raising its benchmark interest rate by a half-percentage point and signaling further large rate hikes to come. The Fed’s move, its most aggressive since 2000, will bring higher costs for mortgages as well as credit cards, auto loans and other borrowing for individuals and businesses.

On Thursday, the government reported that U.S. producer prices soared 11% in April from a year earlier, a hefty gain that indicates high inflation for consumers and businesses will linger in the months ahead.

On Wednesday, the government reported that inflation eased slightly in April after months of relentless increases but remained near a four-decade high. Consumer prices jumped 8.3% last month from a year ago, just below the 8.5% year-over-year surge in March, which was the highest since 1981.

Some economists predict that home sales this year could decline as much as 10% from 2021 levels.