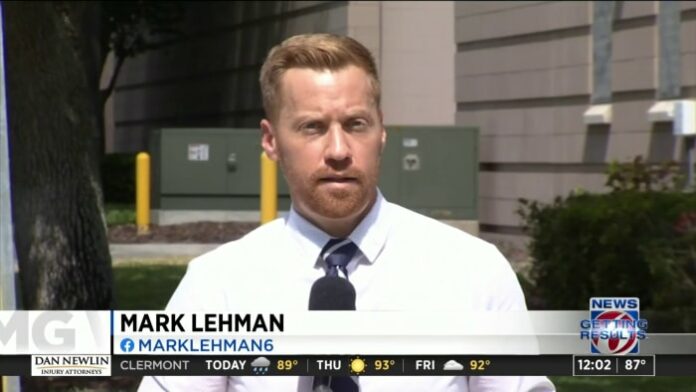 OSCEOLA COUNTY, Fla. – Attorneys representing the family of a 20-year-old man shot and killed by Osceola County deputies in a Target parking lot revealed new details on Wednesday about what led to the shooting.

Records show the shooting on April 27 involved deputies who attempted to make contact with two men — Edwin Lowe, 19, and Michael Samuel Gomez, 18 — who were seen entering the store, selecting an empty bag and loading it with packs of Pokémon cards and a pizza.

Deputies said the two men left the store and got into a black Audi, which had its tags obscured. Investigators said two other men had been waiting in the Audi when Lowe and Gomez got to the car.

Multiple units attempted to make contact with the vehicle the suspects were in, which ultimately led to two deputies opening fire, killing one of them, according to Osceola County Sheriff Marcos Lopez. The man killed was identified by the family’s attorney as Jayden Baez, 20.

The arresting affidavit did not say what preceded the gunfire.

But attorneys Mark Nejame and Albert Yonfa, of NeJame Law, said in a news release that deputies followed Lowe and Gomez inside the store, watched them leave and the two men entered the car “without being stopped or detained, even though probable cause would have existed.”

“As the young men, including teenagers, commenced slowly driving off, several unmarked deputy vehicles moved in to box them in. From all the information obtained to date, the deputies never identified themselves as law enforcement and were in unmarked vehicles,” the law firm wrote. “As the car continued to drive off, the deputies, without legal cause or justification, fired multiple gun shots into their vehicle without regard for the safety of the occupants or civilians in the area.”

The other man in the vehicle, identified by attorneys as Joseph Lowe, was shot six times “despite both of his hands being raised,” according to the law firm.

The attorneys said they are preparing to file a lawsuit against the sheriff’s office and county, calling the incident a grotesque misuse of police authority.

After an event Wednesday, Sheriff Marcos Lopez was asked why the deputies felt the need to use deadly force.

“Let’s do this, I’ll make one little statement. When I first took office, I promised transparency,” Lopez said. “I turn it over to the Florida Department of Law Enforcement so they could do their investigation. Once that investigation is concluded, then we’ll talk about it. We’ll have all the facts, and we’ll go forward from there. That’s all I’m stating.”