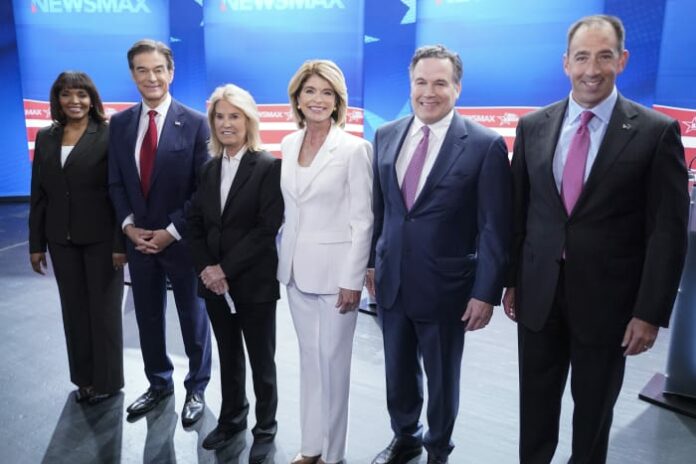 HARRISBURG, Pa. – What could be the final primary debate between Republicans running for Pennsylvania’s open U.S. Senate seat devolved into a string of attacks over China, abortion and more as the candidates stretched Wednesday night for any perceived advantage in a wide-open and expensive race.

In many cases, the five candidates blew off questions during the hour-long debate in favor of repeating talking points and attacking rivals.

Attackers often tried to make hay out of the business ties to China by former hedge fund CEO David McCormick and Mehmet Oz, best known as the heart surgeon-turned-celebrity and host of daytime TV’s “The Dr. Oz Show.”

Abortion made one question at the debate, despite headlines being dominated in the wake of a leaked draft of a Supreme Court opinion suggesting the court’s conservative majority is poised to overturn the landmark 1973 Roe v. Wade decision legalizing abortion nationwide.

The candidates applauded the overturning of Roe v. Wade, but none responded directly to the sole question on abortion: whether the candidates support any exceptions for abortion and if they have changed their opinion over the years.

Instead, McCormick and Barnette tried to paint Oz as insufficiently loyal to the anti-abortion cause because of comments on a 2019 radio show in which Oz seemed to support the standard set in 1973’s Roe v. Wade opinion.

At the debate, Oz insisted he is pro-life and said “life starts at conception,” a talking point for anti-abortion groups that want to ban abortion of any diagnosed pregnancy.

The debate was sponsored by the conservative broadcaster Newsmax and held in a packed auditorium at a private Christian school, Grove City College in northwestern Pennsylvania.