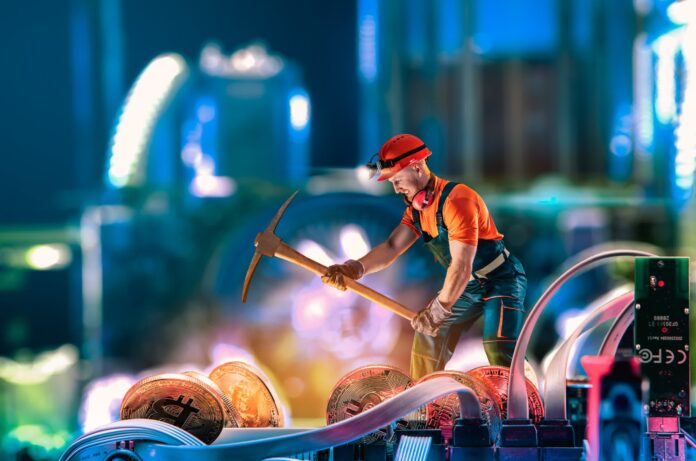 In brief: Asus has confirmed what many in PC industry had suspected: demand for graphics cards used for crypto mining is “disappearing.” That’s the good news. The bad news is that demand for PCs is also shrinking, by about 10%, but next year will see sales of gaming laptops surge.

As per The Reg, Asus CEO S.Y. Hsu made the comments during the company’s Q1 earnings call. He noted that the falling demand for GPUs used for mining was primarily due to the crypto industry addressing criticism of the amount of energy mining consumes.

Hsu is likely referring to Ethereum’s upcoming move from its current proof-of-work model to proof-of-stake, which in theory will end the requirement for high-end GPUs to mine the tokens. Ethereum developer Tim Beiko recently confirmed that the previous switch date of June is no longer happening, though he believes it will “likely” occur within the following few months.

It won’t be June, but likely in the few months after. No firm date yet, but we’re definitely in the final chapter of PoW on Ethereum

Hsu also warned that PC sales would return to the pre-Covid days of slowing growth in Q2 and fall 10% Quarter-on-Quarter, partly because of the lockdowns in China. Component sales, meanwhile, were predicted to fall between 10% and 15%. The CEO was more optimistic about next year, though, predicting a rise in gaming laptop sales, which he said young people view as an important piece of home entertainment tech.

Another factor will doubtlessly be the crashing crypto market. Almost $1 trillion has been wiped from the cryptocurrency markets this week, and low crypto values mean less mining profitability, which in turn increases GPU availability and lowers prices. Graphics cards are already closer to their MSRP than they have been since the crisis started, and falling mining demand is pushing their prices down even further.

Another interesting part of Hsu’s speech related to the global component shortages that have been plaguing the industry for so long. “When it comes to integrated circuits, the supply is in a manageable level,” he said, with power management chips being the exception. Shortages of camera components and printed circuit boards are proving to be an issue, though, as is US port congestion and shortages of containers and truck drivers.

“The current situation is not getting worse, but the constraints remain. Therefore, whether you are looking at shipping rates or air freight, the cost remains high. Of course, high shipping costs is creating cost pressure for us. But still, it’s all in the expected and manageable level.”

Backing up Hsu’s remarks was this week’s report that shipments of desktop processors have seen their largest quarterly drop ever: 30%.