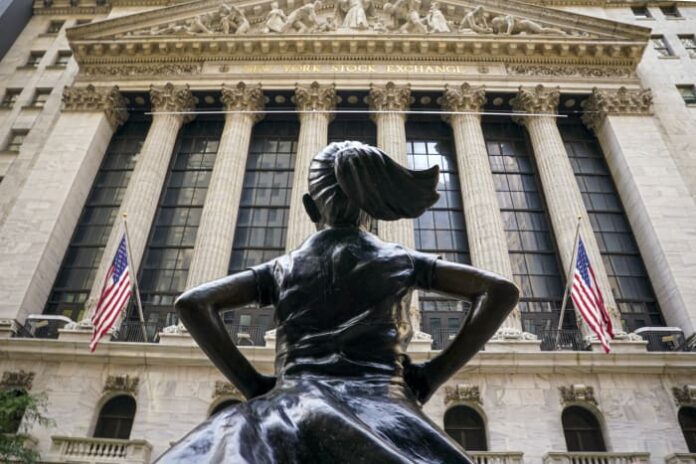 NEW YORK – Amid the push to get U.S. boardrooms to look more like companies’ customers and employees, advocates are finally seeing just how steep the task will be.

Boards of directors at publicly traded U.S. companies are much more white and much less diverse than the overall population, often starkly so. Just 2.7% of directors at the start of the year were Hispanic, for example. That would need to soar to 18.5% to mirror the U.S. population.

Outside of looking at a photograph of each director, it hasn’t always been easy to measure racial diversity on corporate boards. On Thursday, executive data firm Equilar released its first racial breakdown of boards for companies in the Russell 3000 index, which covers about 97% of all investable U.S. stocks.

The survey found only 6.2% of directors are Black, versus 13.4% of the country. And the 5% of directors who are of Asian or Pacific islander descent also fell short of the 6.1% for the entire U.S. population.

Equilar pulled the numbers from a range of sources, including disclosures from companies, data from affiliate networks and lists of influential executives from racial and ethnic minorities. Its results are similar to the disproportionate representation found in other surveys of more limited groups.

Executive search firm Heidrick & Struggles earlier this week released its roundup of boards at a smaller group of companies, those in the Fortune 500. It found that Black directors hold 26% of board seats, while Asian or Asian American directors had 9% and Hispanic directors held 6%.

Bigger companies tend to have more diverse boards than smaller companies. But more across the board are being transparent about the racial breakdown for their board of directors. A big reason for that is because they’re being forced to, with pressure coming from stock exchanges, regulators and investors.

At the Nasdaq, for example, U.S. securities regulators approved a rule last summer requiring companies listed on its U.S. exchange to file an annual document detailing racial and ethnic backgrounds of its directors, among other demographic data. Nasdaq even has a fillable PDF form available to make it easier for companies, which have to submit the data by Aug. 8 or whenever they file their 2022 proxy statement, whichever comes later.

By Aug. 7, 2023, Nasdaq will require a listed company to either have at least one director considered “diverse” or explain why it doesn’t.

Investors are making similar pushes, arguing that more diverse boards lead to more points of view and better decision-making. They want boards to look more like their employees and customers, which are increasingly diversifying along the country’s trends, to better understand them.

“If you’re an investor, you’re looking for ways that companies can outperform,” said Ann Miletti, who is both chief diversity officer and head of active equity at Allspring Global Investments. “We generally agree that the more diversity you have on your board, the better performance that you’re going to get in the long run.”

The push for more racial and ethnic diversity on boards follows years where the focus was mostly on gender. Thursday’s numbers from Equilar show how women from racial and ethnic minorities are among the least represented on boards. Just 0.9% of U.S. directors are Hispanic women, for example, half of the already low 1.8% for Hispanic men.

Some of the requirements to increase diversity have met stiff resistance. California, for example, passed a law in 2020 requiring companies with principal offices in the state to have a minimum number of directors from an underrepresented community. That includes people who self-identify as Black, Hispanic, Asian, gay, lesbian, bisexual or transgender.

A California state court earlier this year ruled the requirement unconstitutional following a complaint that it violated California’s equal protection clause. The judge wrote in his decision that the state should have considered other options for achieving greater diversity on boards before mandating it.

Such requirements did end up increasing racial diversity on boards, but in an uneven manner, said Vicki Bogan, professor at Cornell University’s SC Johnson College of Business.

Her research found that board appointments went up substantially for directors of Asian, Middle Eastern and North African descent after the signing of the California law. But the number of appointments for Black directors did not. That’s likely because California companies were substituting nominees from the first group for the second to comply with the rule, she said.

Bogan said the 2020 murder of George Floyd had a bigger effect, specifically for the appointment of Black directors.

All U.S. companies showed an increased probability of appointing a Black person to its board following the forced recognition of racism across America, she said. But companies that had zero Black directors had an even bigger jump in probability.

“I think it’s too soon to tell whether this is temporary or not,” she said. “What I can share is I hope it’s not. I hope we’re on the path to having more boards that are more representative of the population.”