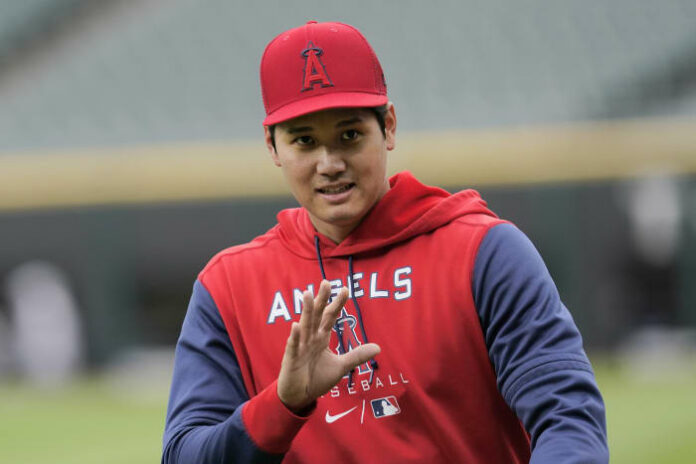 CHICAGO – Los Angeles Angels star Shohei Ohtani was held out of the starting lineup Monday, a day after the AL MVP exited a win over the Chicago White Sox because of tightness in his groin.

Angels trainer Mike Frostad said Ohtani was “doing better this morning” and there were currently no plans for an MRI or to put the two-way sensation on the injured list.

Ohtani was the Angels’ designated hitter when he was pulled late for a pinch-hitter Sunday. After the game, he said he expected he’d be able to play Monday in the series finale.

Ohtani went through a partial pregame warmup on Monday. Manager Joe Maddon said Ohtani could pitch at Boston later in the week.

“I hope so,” Maddon said. “We’re just going to wait a day or two to figure that out.”

Ohtani (2-2, 4.19 ERA) allowed two earned runs on five hits and struck out four in his last start on Wednesday.