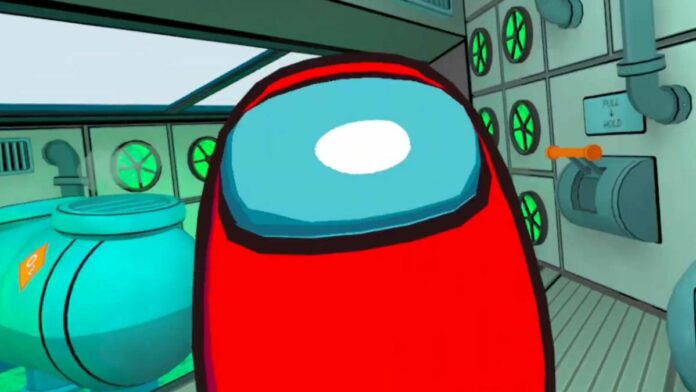 The upcoming VR port of hit multiplayer social deduction game Among Us looks set to release later this year.

That’s according to a listing on SteamDB, a third-party database that collects data from the official Steam client. As spotted by Wccftech, Among Us VR is listed on the site with a release date of November 10 – the first hint we’ve had of when the port will launch.

SteamDB is a generally reliable source of information about Valve’s online storefront and is often used to track game player counts.

This isn’t the first time a release date has been accidentally revealed through the site. A slate of upcoming releases was spotted in the Steam API and uploaded to SteamDB earlier in the year, including that of Uncharted: Legacy of Thieves, Kerbal Space Program 2, Dune: Spice Wars, Frostpunk 2, and more.

At least one of those speculative release dates has already been confirmed as accurate; Dune: Spice Wars is launching into early access on April 26, just as SteamDB listed.

That lends more credibility to the Among Us VR release date spotted here, but it doesn’t make the November 10 date a certainty. As development of the game progresses, Innersloth may push back the title’s launch date in the face of unexpected development hurdles.

Among Us VR was first announced at The Game Awards 2021 in a short gameplay teaser, which shows a player poking around a spaceship and pressing a few buttons on a keypad, before a red crewmember sneaks up behind them.

It will feature the same cloak-and-dagger gameplay of the original, but let you backstab your friends and sus out imposters from a first-person perspective, rather than a top-down view. It will release on Steam, PlayStation VR, and Meta Quest 2.

The original Among Us launched on PC, Android and iOS back in 2018, but has since been ported to PS5, Xbox Series X|S, Nintendo Switch, PS4, and Xbox One.