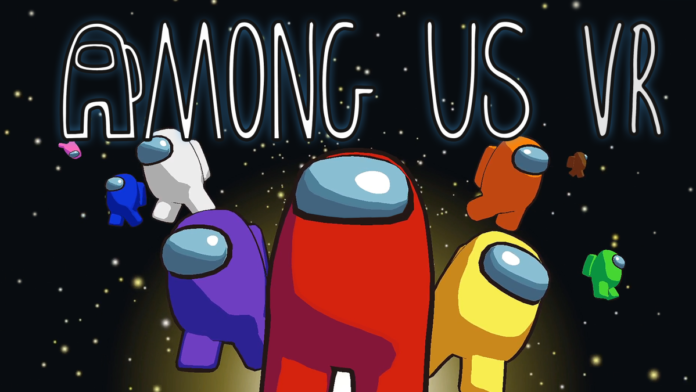 Get your best Crewmate impressions ready as Among Us VR is headed to the Oculus Quest 2 (now Meta Quest 2) in ‘Holiday 2022’; that’ll be around November or December most likely.

As part of the 2022 Meta Quest Gaming showcase, we finally got another look at Among Us VR, a version of the hit social deduction that’s exclusive to VR headsets.

The new trailer showed us footage of some very energetic meetings, followed by a rough tour of the Skeld Map – a tour that abruptly ends when a dead crewmate is found. We didn’t get a look at tasks or if crewmate roles are coming to Among Us VR, but it is confirmed that we can mash a big red emergency meeting button when things get dicey.

Pus, developers InnerSloth, Schell Games, and Robot Teddy confirmed that it will be coming to the Quest 2 by the end of the year.

We’re sure most of you wanted a more exact release date, but before you throw someone out of the airlock in a fit of rage, there’s some good news that might cheer you up.

During the showcase it was also announced that  Schell Games is developing three new VR games in partnership with Meta – but what could they be?

Analysis: What could be Schell Games’ next titles?

Schell Games has produced some incredible and varied hits for the Oculus Quest 2. There’s the spy-themed escape room series I Expect You To Die (and its sequel), the hack’n’slash rouguelite Until You Fall, and the educational cooking sim Lost Recipes.

As such, Schell Games’ next three games after Among Us VR could be literally anything. That said, we think at least one (but likely two) will be follow-ups to its preexisting games.

The I Expect You To Die series offers some hilarious James Bond-esque puzzles for you to solve. Given that both games so far have been beloved by players and critics alike a third installment feels like a shoo-in.

An Until You Fall 2 also feels pretty likely. The dual sword dueling mechanics of the first game are already excellent so with a slight tune-up, plus an expanded scope, we imagine an Until You Fall 2 would sell gangbusters on the Quest 2.

These two games are also frequently lauded by Meta as some of the best its platform has to offer. It would make a lot of sense for the company to request follow-ups to these titles as part of a collaboration with Schell Games.

Then for the third title, we wouldn’t be surprised if Schell Games brought out another educational game or one aimed at a younger audience. In our chat with Lost Recipes’ Creative Director, Melanie Harke, she explained that’s where a lot of her passions lie – and Schell has a history of making this style of VR games.

Given that Meta recently introduced parental controls to its platform, it wouldn’t be a surprise if it started gearing its Quest headsets towards a younger generation.

There are some issues with its plans – for one its headsets just aren’t designed for smaller heads and might be too heavy for some – but if it can solve these with its Quest 3 or Cambria headsets, or through some kind of add-on then it’ll want a library of hits to capitalize on it new market.

Who better to help create one of these family-friendly games than one of the best VR game developers out there?

We’ll have to wait and see what Schell Games announces next, but we can’t wait