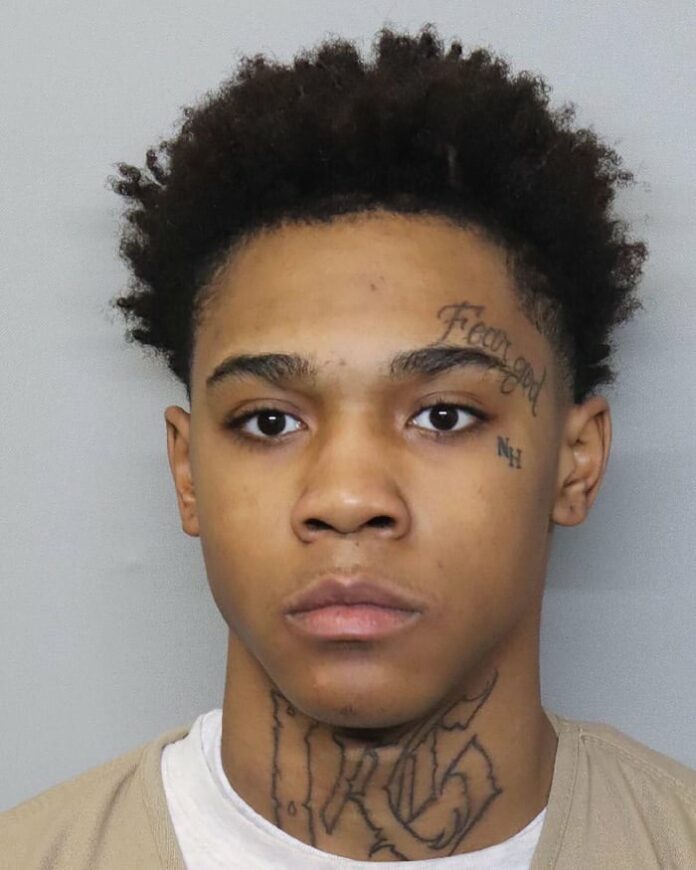 MINNEAPOLIS – A teenage cousin of Amir Locke pleaded guilty Friday to a murder count in a case that that led police to the Minneapolis apartment where a SWAT team officer fatally shot Locke while conducting a no-knock search warrant.

Mekhi Camden Speed, now 18, pleaded guilty to aiding and abetting one count of second-degree unintentional murder while committing a felony — namely aggravated robbery, in connection with the Jan. 10 killing of Otis Elder, 38. In exchange, a count of intentional second-degree murder will be dismissed.

Speed, who was 17 at the time, entered his plea via video from the Juvenile Detention Center.

Speed told the court he had a handgun when he and others tried to rob Elder of drugs in St. Paul. Speed said he stood outside Elder’s vehicle and another person got in Elder’s passenger seat. Speed said there was a struggle and a shot was fired, but he has no memory of pulling the trigger. He said he doesn’t know if his accomplice was armed.

Speed said he was using alcohol, Percocet and marijuana at the time of Otis’ killing and he now is suffering from symptoms of PTSD. In pleading guilty, he agreed with his attorney, Paul Sellers, that by aiding and abetting the crime which resulted in Otis’ death, he is still criminally liable.

As St. Paul police were investigating Elder’s murder, they identified Speed as a suspect and obtained search warrants for Minneapolis apartments associated with him. Locke, Speed’s cousin, was not named in the warrants but was in one of the apartments as a Minneapolis SWAT team entered the unit without knocking on Feb. 2.

Video shows Locke, 22, who was Black, was shot seconds after police entered the apartment before 7 a.m. He was on a sofa wrapped in a comforter, and video shows he was holding a gun in the moments before he was shot. Police said he was shot after he pointed his gun in the direction of officers, but Locke’s family has questioned that, and said he was startled awake.

Minnesota prosecutors declined to file charges the against Officer Mark Hanneman, saying his use of deadly force was justified. Attorney General Keith Ellison and Hennepin County Attorney Michael Freeman said last month that Locke might never have been shot if not for the no-knock warrant. But they said there was insufficient evidence to prove beyond a reasonable doubt that Hanneman violated the law.

Locke’s death came as three former Minneapolis police officers were on trial in federal court in St. Paul in George Floyd’s killing. It sparked protests and a reexamination of no-knock search warrants. Minneapolis Mayor Jacob Frey announced an immediate moratorium on such warrants, and last month he formalized a new policy requiring officers to knock and wait before entering a residence, with limited exceptions. Some lawmakers have been pushing for a statewide ban on no-knock warrants, except in rare circumstances.

In Elder’s death, Speed was initially charged as a juvenile but his case was moved into adult court earlier this week. He will be transferred to the Department of Corrections while he awaits sentencing, set for July 8.

It’s unclear how much time he could face, because his prior criminal history has not been determined. A person with no criminal history would face anywhere from 10 years and nine months in prison to 15 years in prison. Speed has a juvenile record, which includes a September 2020 incident in which he shot a man in the thigh.

Find the AP’s full coverage of the death of Amir Locke: https://apnews.com/hub/amir-locke