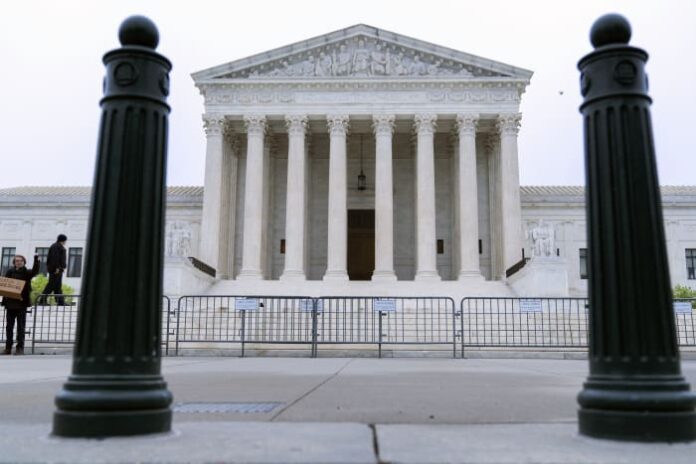 That’s the lawsuit that led to the landmark 1973 decision establishing a constitutional right to abortion in the United States. In the 1992 Planned Parenthood v. Casey decision, the Supreme Court made it easier for states to restrict abortions. If the Supreme Court upholds a Mississippi ban on abortions after 15 weeks, it would overturn Roe and Casey.

On Tuesday, News4JAX visited different parks around Jacksonville, speaking with women of different ages, ethnicities and beliefs about abortion.

“We were excited about that news, actually,” said Meghan Applegate, also a Jacksonville mother. “We thought that was wonderful. It’s something we’ve been hoping for a while.”

Two of the mothers we spoke with who were against abortions were split on exceptions for abortion in the case of rape or incest.

“I feel like the child should still be born. There are programs for that and it would allow the child to go into a good home,” said Jacksonville mother Amy Roderick.

“I think it would be nice if there were some provisions for the very small percentage where it is a child who has been raped or a victim of incest,” Applegate said.

Others we spoke with included Carla Foster and her 13-year-old daughter Diayana Thomas, who both feel women should have the right to choose.

“You never know the circumstances that may be surrounded by a woman’s decision to terminate a pregnancy,” Foster said. “It could be health-related. It could be for a reason that is very traumatic and illegal.”

“To dictate whether or not she should have the right to have an abortion is not right because she might have been raped or sexually assaulted or an incest situation where she might not emotionally be able to raise a child, and not only that, but I think bringing a child into those situations or a situation where they are not able to can be emotionally harmful to the child,” Thomas said.

“I think that is not OK,” said Rosa Perez, a Jacksonville grandmother. “That’s why a law has already passed and a woman has the right to do whatever she wants with her body.”

Copyright 2022 by WJXT News4JAX & The Associated Press – All rights reserved.